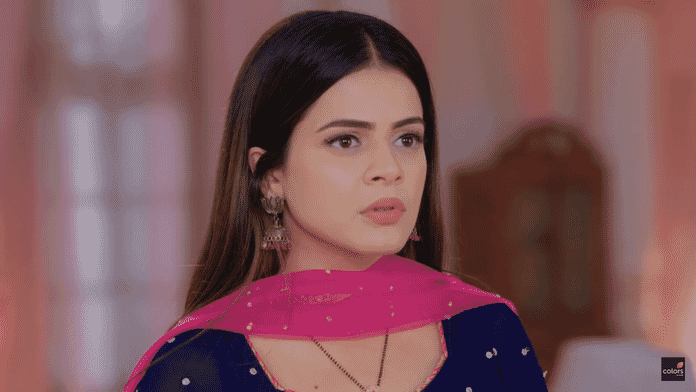 Colors TV long running show Shakti Astitva Ke Ehsaas Ki has been dealing with an important issue since the beginning. It portrays a transgender’s struggle of seeking validation. Saumya and Heer both have left a powerful impact on the audience. Currently Daljeet harassed Geetu and Heer is determined to punish him. Virat is supporting her too.

How Virat and Heer will unmask Daljeet and will expose his evil intentions in front of Sant and Parmeet despite having less support? In future will Daljeet try to cause harm to Geetu? Viewers are eagerly waiting to see that.

Earlier its seen how Saumya cross checked the papers which Balwindar brought. Harman signed it and asked Saumya to trust Balwindar this time. Later Harman reached Virat’s house which angered Parmeet. Daljeet as usual changed Geetu’s reports and proved her a liar in front of his family.

Parmeet tried to kick out Geetu but a furious Heer took a strong stand for women and decided to find out the molestor. Heer added that she can’t see a woman getting victimized without having a fault.

In upcoming episodes viewers will witness that Parmeet will ask Heer why does she want to put Daljeet behind bars. Heer will doubt Daljeet and will reply he might have changed the reports so proper investigation will happen.
He has criminal record too. Virat will support Heer and other side, Balwindar will inform Harman that the deal is done and Harman will tell him to handle the responsibility of the deal. Saumya will find it wrong. Later Saumya will meet Heer and will give advice to her to fight for Geetu no matter what people say to her.

Heer also promises she will serve justice to Geetu but Sant will order the inspector to not file a FIR against Daljeet. Heer will force him to do it as Geetu can remember who molested her.

Will Daljeet leave the town in order to escape?

Will Parmeet plan against Heer to stop her?