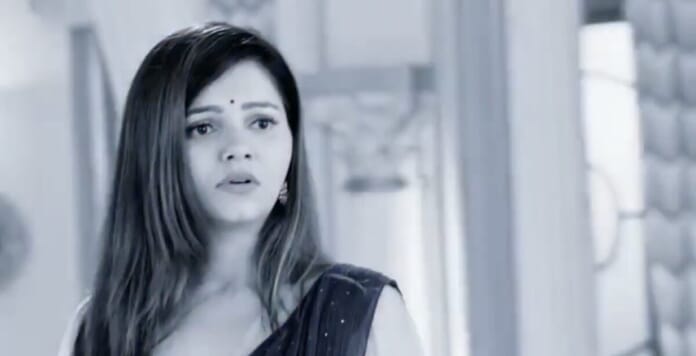 Colors TV long running show Shakti Astitva Ke Ehsaas Ki has been dealing with an important issue since the beginning. It portrays a transgender’s struggle of seeking validation. Saumya and Heer both have left a powerful impact on the audience. Recently Heer breathed her last and Saumya learned from dying Kareena what Virat’s parents did to Heer. Heer, Gitu and Gitu’s father were murdered by Virat’s family. Virat got shattered after learning the truth.

Virat’s family got arrested and now Saumya’s new challenge is to show right path to Chintu? Raavi also came out of trauma and revealed the truth to Chintu. Now what will happen next It will be interesting to watch.

Earlier its seen how Inspector told Preeto and Saumya that the adoption process can’t happen as the baby’s grandparents are searching for her. They want to take her back. Angel came in disguise of an old woman by covering her face, an old man accompanied her. She pleaded Saumya to return the child saying she is sorry for her son’s act. She showed the child’s picture and birth certificate as proof.
Preeto was adamant and she didnt get ready to give the child. Saumya convinced her saying that they have no legal right on the child as her real family has come to take her.

In upcoming episodes viewers will witness that Preeto will get convinced after listening to Saumya that they can’t be selfish by snatching someone else’s happiness. Saumya will decide to take education responsibility of the baby. Later she will give bangles to Angel for financial help. Angel will leave with the kid and Preeto will get upset seeing that. Later Chintu will tear the adoption papers and Veeran will talk about leaving the house after getting his equal share of the property.
Chintu will claim property on behalf of Raavi saying she won’t ask for it as she is innocent. Saumya will overhear Chintu and Angel’s phone conversation while they were celebrating their victory.

Will Chintu cover up the matter?