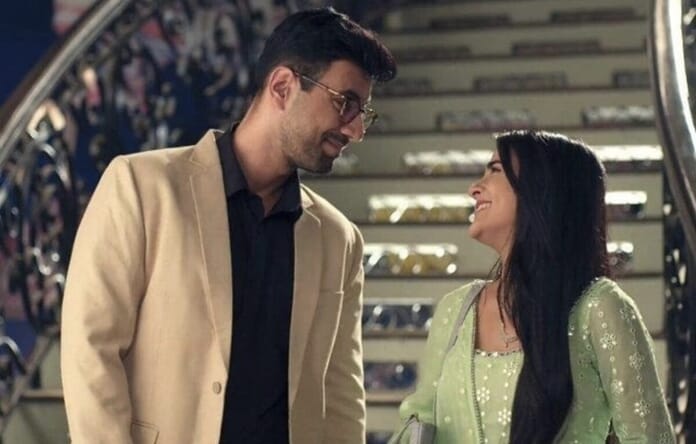 Star plus popular show Shaurya Aur Anokhi Ki Kahani is nearing its end with lots of dramas and twists filled with it. Earlier it’s seen that Shaurya lashed out at his family for throwing out Anokhi and expressed his trust on her but Anokhi thought that Shaurya did trust her at all. Now it will be seen that Shaurya will prove Anokhi’s innocence and will expose Shagun’s plot to everyone.

Previously we have seen that, Kitty and Bebo protested against Anokhi and students stood against her except Reema. Shagun and Alok manipulated evidence against Anokhi proving her guilty. Tej decided to rusticate Anokhi from college while she stood shattered.
Everyone accused her except Shaan while Shaurya left silently despite Anokhi’s pleading. Shaurya came home and learnt about the family throwing Anokhi out of the house. He lashed out at them and expressed his trust on her. On the other hand Anokhi believed that Shaurya did not trust her which is why he left without a word.

In the future episodes we will witness, Shaurya will swear to probe Anokhi’s innocence with proof while Anokhi will also swear to not return back to the Sabherwal house. Anokhi will not know that Shaurya trust her and will think that he too doesn’t believe her. On the other hand, Vineet will once again tries to insult Babli but she will take up a stand for herself.
She will provide proofs for his abuse and his cheap acts in Goa and will threaten to sign the divorce papers. Vineet signs grudging having no option while Babli will be angry at Ahir as society will believe that Ahi is and Babli are about to marry each other. Later, Shaurya will make Priyanka confess the truth in front of everyone. Priyanka will reveal that Anokhi is innocent and its Alok who harassed her. Alok will blame Shagun for plotting against Anokhi.

Will Shaurya throw Shagun out of the house? Will Anokhi come back to Sabherwal house?

To know what will happen next in your favourite show Shaurya Aur Anokhi Ki Kahani stay tuned to this space.