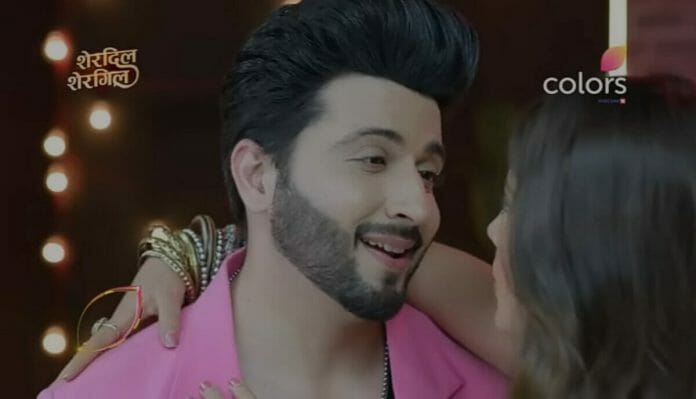 Colors TV show Sherdil Shergill is now showing how Bhairav Singh is insisting Anmol & Raj’s DNA Test to be done so that he can prove his words to Gopal but Manmeet is not permitting so. However Raj promises his father to get the test results.

In the previous episode Manmeet slapped Raj Kumar misunderstanding the situation because of which bullet got fired by Raj and hurt one of Mr Yadav’s men. Manmeet lost her control and asked Raj to leave her house immediately. She tells Vidya to take Anmol inside. Puneet tried to make Manmeet understand the situation but she doesn’t hear anything and pushed Raj to leave house immediately.
Later Puneet and Vidya told her how Raj actually saved them and Anmol from the goons.

Raj warned Bhairav Singh that next time if he tries to harm Anmol or Manmeet he will next target of the bullet. He also promised to bring DNA test results but in his own way. Puneet asked Manmeet what’s the problem in getting the DNA test done when it can solve all the problems.

Choti lied and tried to put blame on Manmeet saying she loves Raj so she is doing everything. Manmeet felt guilty of slapping Raj and thought how to talk to him. Will Manmeet be able to talk to Raj?