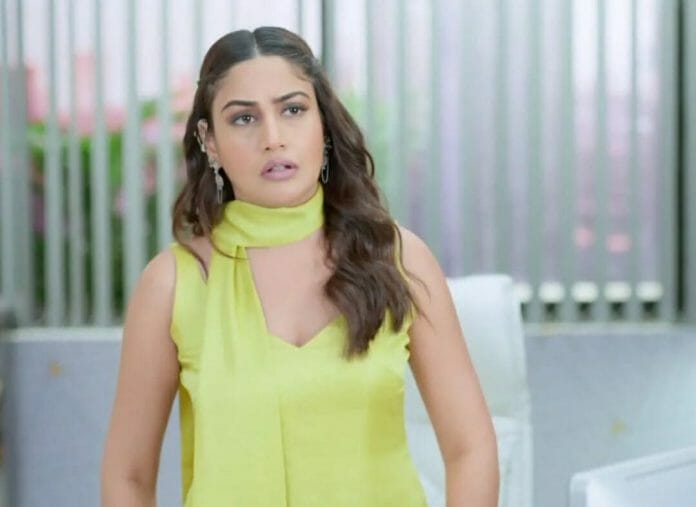 Colors TV show Sherdil Shergill is a tale of two completely different personalities Raj and Manmeet who have fallen in love with each other but circumstances are creating bridges amidst them. Manmeet who is righteous and honest gets into argument with Mr Yadav and hurts his male ego. In order to take revenge he takes a drastic step. Will Raj be able to save Manmeet?

In the previous episode Mr Patekar insisted for Manmeet to be present in meeting. Manmeet denied about the proposal of increasing 10 floors and said its very unsafe as the building can collapse. The investors got upset and left. Mr Yadav lost his control and badly humiliated Manmeet and Hussain. Manmeet herself lost her calm and spoke back roughly to Mr Yadav.

Raj asked Manmeet about what had happened but she didn’t tell him anything. He promised her that he wanted to stay close by her. Later Mr Yadav instructed Murari to get work done. Manmeet who kept recalling the incident at office, got call from Hussain to ask news. Manmeet was stunned to see that one storey of sky city had collapsed and lead to death of three labors.

Police arrived to arrest Manmeet since she was the chief architect for the project. Ajeet asked them about warrant and they had it. Manmeet was left dumbstruck. How will Manmeet escape from this new trouble? Will Raj help her?