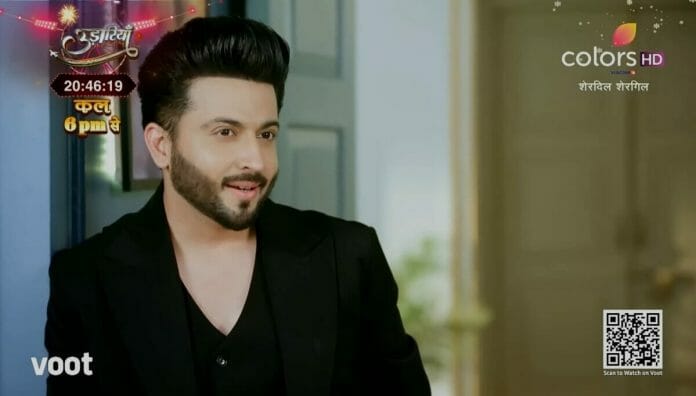 Colors TV show Sherdil Shergill is all set to give audience a new shock as we will see Raj finding Manmeet at airport and apologizes to her. What new twists are awaiting for Raj Kumar and Manmeet?

In the previous episode Manmeet reached home and asked where Raj Kumar was. Nirali and all family members started taunting Manmeet. Manmeet requested Nirali not to talk about something she doesn’t know. Manmeet told Mr Yadav whatever she did was against even her own will. She told how the project was slipping out of their hand and clients were talking about leaving. Raj entered home in drunk condition.

Manmeet handed over her resignation letter to Hussain. Raj came to office and asks Hussain about Manmeet. He told she was leaving office. Raj said it was ok because mistake was hers. Hussain said Raj mistake was his as clients were upset with his presentation.

In the upcoming episodes we will see Raj asking his family members what Manmeet but they will be clueless. Later he will find Manmeet at airport and apologizes to Raj. He will tell her how he cannot live without Manmeet and Anmol.

He will regret not listening to her and misunderstanding as always. Manmeet will call him a fool and joke with him. He will ask where is she heading to, Manmeet answers Dubai which will leave him shocked. What’s Manmeet’s plan?