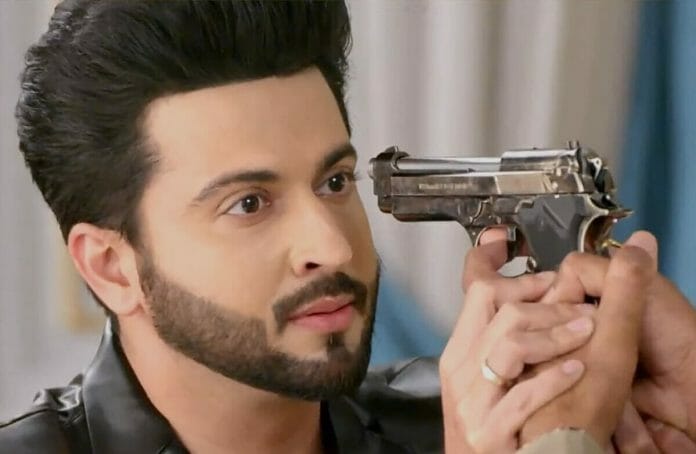 Colors TV popular entertaining show Sherdil Shergill is here with yet another interesting twist as we will see Mr Yadav forcefully trying to get Anmol for DNA Test through his men which Raj didn’t not like and went against his father.

In the previous episode Raj called Puneet and got surprised when she asked if he was fine. He said that he didn’t think that after everything that happened they will ever talk to him. He asked what’s the problem is getting DNA test done as it will help to clarify all the doubts. Puneet said for that he has to directly talk to Manmeet.

Mr Yadav’s men reached Manmeet’s house and forced their way inside. Raj reached there and picked the gun to threaten the men to leave but Manmeet entered and misunderstand the situation. In the upcoming episodes we will see Raj will get angry at Mr Yadav for forcibly entering Manmeet’s house. He will say them that next time he will be target of bullet if they try to touch Manmeet or Anmol.

To know whats happening next stay tuned to Sherdil Shergill on colors tv and voot app.