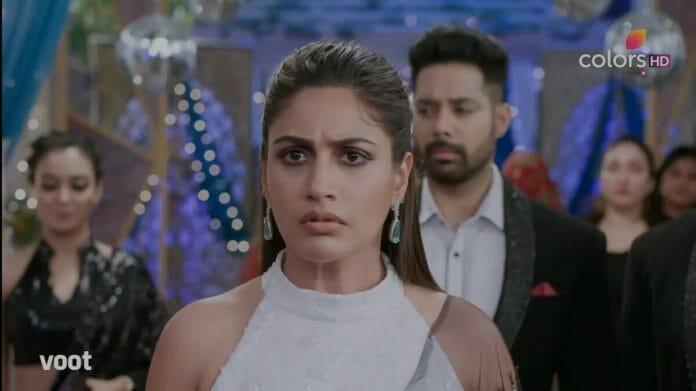 However, Nikki came to the venue being called by Choti and created a huge scene acting as drunk and showing the video of Manmeet’s confession to everyone. She kept on insisting that Raj cheated both Manmeet and Nikki. But Manmeet took a stand for Raj and opened her secret about being single mother and Anmol being born through IVF.

Gunjan’s in laws who were also invited by Choti got confused with all the happenings. Gunjan’s mother in law questioned Manmeet about what happened in Shimla as Raj was there as her husband and even took part in the rituals leaving everyone shocked again. She even showed the photographs as a proof.

In the upcoming episodes we will see that Anisha will be reluctant to believe Raj and Manmeet’s words and will ask Manmeet to get DNA test done for Raj and Anmol to prove Anmol is not Raj’s son which will leave her puzzled.

Will Raj and Manmeet be able to come out from the chain of lies?

To know more stay tuned to this space and Sherdil Shergill on colors tv.