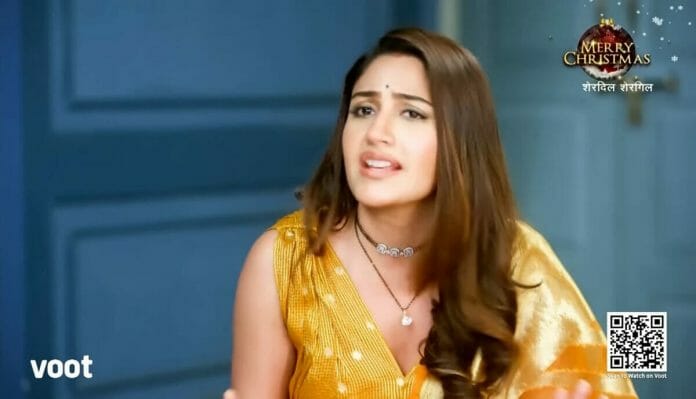 Colors TV show Sherdil Shergill has always been setting examples for society through different messages. Now they are focusing on equality of male and female in the household through their storyline. Will Manmeet be able to make Mr Yadav break his male ego?

In The previous episode Bhairav Singh threw jug of water on Nirali’s face infront of everyone. Manmeet said Nirali is not only his wife but also Raj and Pankhuri’s mother and above all she is a woman.

Mr Yadav went on insulting Nirali and said she has no identity of her own and has never earnt a penny. Manmeet said how Nirali is one who made their house into home and brought up his children. Mr Yadav told he can hire servants to do all those work.

Mr Yadav asked why ladies aren’t cooking and Manmeet said he had yesterday how all those work can be done by the servants instead.

Will Manmeet win against Mr Yadav?