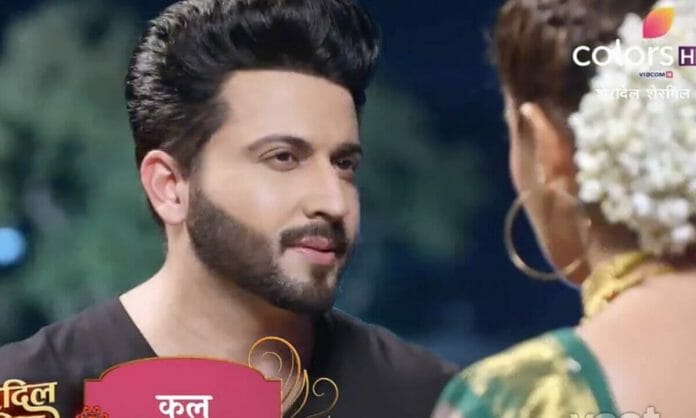 Colors TV show Sherdil Shergill is here again with another twist while we had seen Raj and Manmeet coming closer, with Raj’s parents asking him to get married we will see Raj and Manmeet parting off their ways completely.

In The previous episode Raj questioned Manmeet what was wrong with her and why had she been so aloof. Manmeet told they were just colleagues and she got deviated a little. After meeting, Raj took Manmeet somewhere to talk to her. He asked her reason for avoiding him but instead Manmeet asked Raj if he has fallen in love with her.

Raj confessed his feelings but then said if she wanted to hear this. He told she always thinks everything is about herself and asked if she is in love with him instead. Manmeet told Raj that they both belong to different worlds. Raj got really upset with everything and said hope that both of them will go back to own worlds and never meet at any point.

Both Raj and Manmeet kept thinking about each other. Bhairav introduced his friend’s daughter Manisha to Raj as his fiance. Raj brought Manisha to Manmeet’s house. He introduced Manmeet as his ex boss and mentor and then Raj told she is Manisha his would be wife leaving Manmeet shocked.

What new twist is awaiting for Raj and Manmeet?