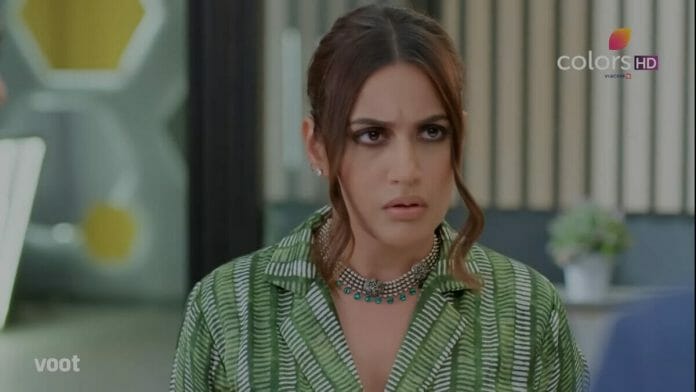 Colors TV show Sherdil Shergill which started on a light note about two different personalities Manmeet and Raj gets interesting & intense as they unknowingly fall for each other. However Manmeet feels insecure about Anmol’s future so she ends up crushing Raj’s heart and dreams. Raj on other hand now is determined to take his revenge by breaking Manmeet’s dreams. Will he be able to do so? Will Raj find reason behind Manmeet’s rejection?

In the previous episode, Raj joined Manmeet’s company as the new Managing Director. He strictly asked her to address him as boss and even took over her cabin. Raj handed Manmeet her resignation letter and told to leave the office or else he would crush each and every dream of hers one by one.

Gopal told Mr Yadav to break off relationship between Anisha and Raj as she isn’t interested to marry. However Mr Yadav got DNA Test done. At office, Manmeet felt annoyed with all the changes. All her things were shifted to storeroom by Raj. In the upcoming episodes we will see Manmeet sitting in cafeteria for her work as she has no cabin.

Raj will question Manmeet with whose permission she changed cafeteria to her cabin? Manmeet will answer him back with same attitude which will leave him speechless. Will Raj and Manmeet come closer again? What will be the results of DNA report?