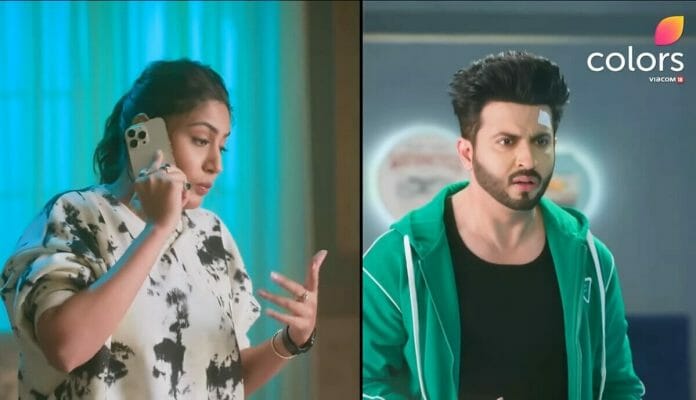 Colors TV show Sherdil Shergill has won viewer’s hearts with the perfect blend of different flavours in the storyline. Currently we are seeing how Raj has agreed to marry Anisha but his heart is unstable meanwhile Manmeet is also trying to ignore her feelings.

In the previous episode Raj introduced his fiance, Anisha to Manmeet. He said engagement is after two days and asked Manmeet if she will attend. Manmeet invited them inside and insisted on talking to Anisha.

Raj tried to make excuses to leave but Manmeet kept talking to Anisha. Raj thought why did he try to trigger Manmeet and bring Anisha there. Puneet questioned Raj if he doesn’t want to get married. Raj got shocked.

Manmeet avoided Raj’s marriage topic and told Hussain to focus on work instead. Raj celebrated Bhai Dooj with his sisters and later Murari told him that they have found goons who had beat Raj and asked him to come with him later to meet them. Raj got worried and called Manmeet for help but she kept disconnecting his call.

Raj then asked Puneet to inform him when Manmeet comes home as he needs some urgent help. Anisha invited Raj to go with her to watch comedian act in Kuku’s club which left Raj shocked.

He made excuses and denied to go. In the upcoming episodes we will see Choti has called someone to do explosion in Raj’s life.

To know what’s happening next stay tuned to this space.