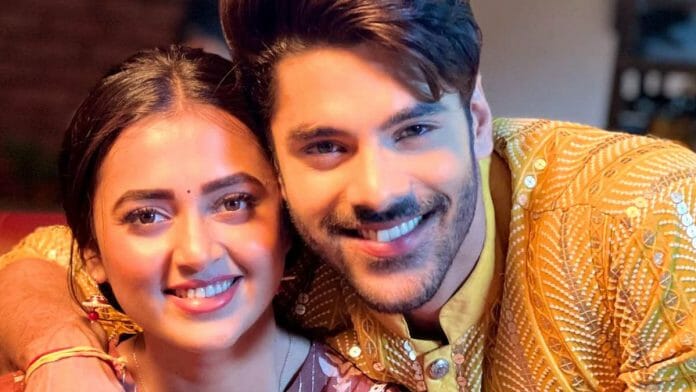 Show Naagin 6 will soon see generation leap with Tejasswi Prakash playing the lead opposite to Pratik Sehajpal reportedly. Pratik’s entry in the show will spice up the story. Actor Simbal Nagal is all set to bid adieu to the show.

Simba and Tejasswi as Rishab and Pratha earned fame. Famously known as PRARISH both the actors made irreplaceable place in audience heart like previous Naagin jodis. The on-screen chemistry of Simba and Tejasswi was extra-ordinary. They surely give butterflies with their intense romance.

Naagin 6 already took leap few weeks back with Pratha returning to avenge Rishab and Mehak because of misunderstanding. Soon PRARISH will reunite. Their reunion will bring major development in the storyline of the show. Show is all set for 20 years leap. Tejasswi Prakash is all set to play Pratha’s daughter in the show. Simba Nagpal’s journey ends with the upcoming leap.

Reportedly, Pratik Sehajpal is auditioned to play new male lead in the show opposite to Tejasswi. Probable they will be the new Telly on-screen couple. But love for PRARISH will remain constant. No sooner the leap twist about the show was out. Fans trended hastag Simba Nagpal and quoted they will miss the hunk presence in the show. The PRARISH fans too quoted their disappointment on the upcoming development in the show. Read tweets:

Beautiful moments comes with sadness now.Knowing that these moments I will only get to see for just few episode..its kinda difficult for me to watch reunion episode today #PraRish #simbanagpal #tejasswiprakash #naagin6

On story front, Pratha and Rishabh are trying to save the nation. They are working as a team. In today’s episode, PRARISH will get succeed in saving the country from the evil. Both will reunite again. Elsewhere, Mehak once again will plot against Rishabh and Pratha. She will free yeti to trouble Pratha.

Will Rishabh be able to save Pratha from the evil clutches of Mehak? Keep watching the show for more entertainment.