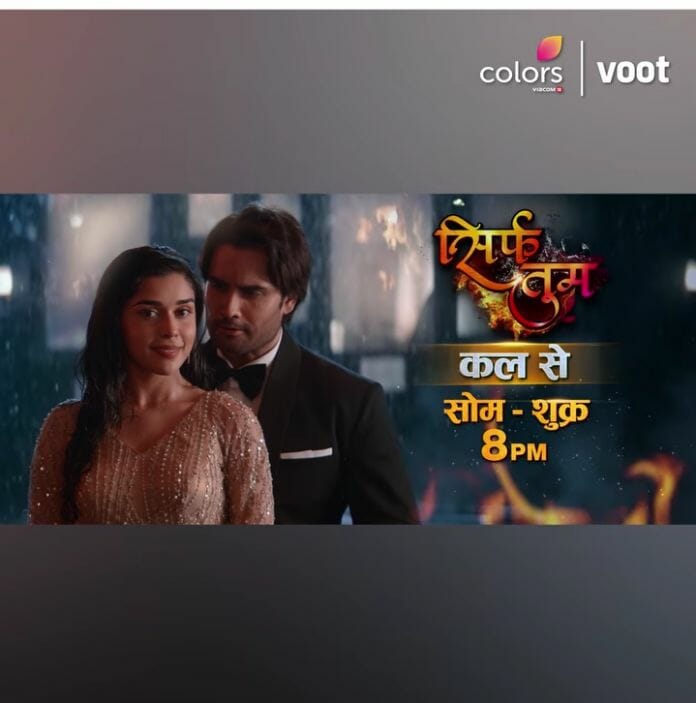 The episode starts with Suhani praying to matarani. She says every problem is not powerful than matarani. She checks the cell phone and gets happy seeing her result. She calls her mother Sudha and the latter asks her about the result. Sudha prepares sweet dish for her. Suhani replies she passed in scholarship exam. Sudha tells her to say this good news loudly as her father Rakesh and Dadi are not home. Suhani hugs her and they celebrate by dancing on their favorite song. Suhani’s brother Ishan stops the music and informs Rakhesh reached home. Rakesh calls the driver begger when he asks for extra money. Rakesh enters and calls Sudha. Suhani cleans the TV. She forgets to wear her dupatta and Rakesh glares at her. She wears the dupatta immediately. Sudha gives Rakesh water and the latter tells her to make Suhani understand that she is an adult and can’t roam freely.

Rakesh tells Ishan to eat healthy food else he won’t be able to become engineer. Later Sudha serves breakfast to him and Dadi gives butter to him saying he won’t eat dry parathas. Suhani tells her mother to inform Rakesh about her achievement as he is in good mood. Rakesh sees Riya calling Suhani. He tells her to not talk to Riya as she is rich and spoilt. She will spoil Suhani too. He leaves without having breakfast. Sudha goes behind him to tell him about Suhani’s result but he gets a call from his office and leaves with an important file. Suhani notices he took the wrong file and she runs to give him the right file.

Rakesh is unable to start his bike and some thugs come to offer him help. Suhani drops her dupatta while running. Thugs leer at her and Rakesh gives her sign to go inside. He scolds the men and enters house. Suhani cries holding her mother. Rakesh scolds her for being careless and going out. He says eve teasing news, rape cases are increasing and still why Suhani went out. Dadi taunts Sudha and Suhani. Suhani says she went to give him the right file. Dadi says she could given the file to Ishan or her, why she went. Rakesh adds he won’t tolerate this again.

Suhani tells her mother that Rakesh will never allow her to study in co-ed college. He can’t even allow her to go out. She says today is the last date of getting forms. Sudha gives an idea and goes to bring khoya from market with her. Dadi permits them. They reach college and Suhani gets delighted. Riya comes out her car and she says congratulations to Suhani. Riya hugs Sudha and she takes a selfie with them. Suhani sees the college with interest and the students. She looks happy. Football match inauguration starts and two teams come to the field. The host announces their names. Suhani says this college looks like a karan johar movie. She asks Riya about her someone special. Riya replies he also studies here and she teases her saying they are her seniors so Suhani will talk with respect. Two captains of the teams get introduced. One is Ansh and the other one is Ranbir.

Everyone waits for Ranbir. Riya tells Suhani to go to the admission counter. Ranbir’s friends ask Riya about Ranbir why he isn’t coming to play the match. Riya calls one of her friends to know where is Ranbir. Ranbir is seen standing upside down on the edge of the roof. The girl tells Riya she is watching him. She gets impressed by Ranbir’s charm and calls him hot and famous. She thinks he is concentrating before playing the match. She tries to give him good luck kiss and he stands infront of her. He gets angry and drags her from there. Everyone watches them.