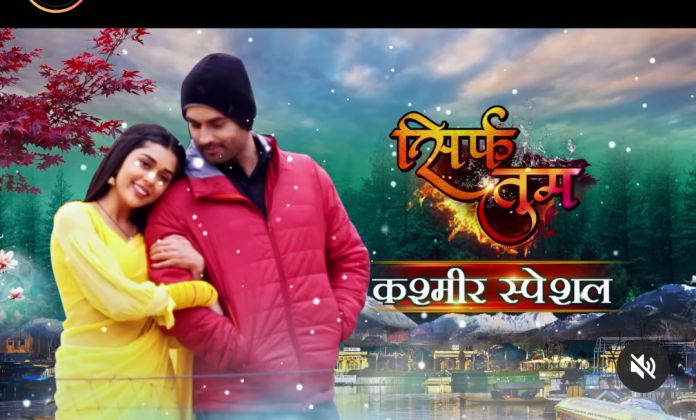 The episode starts with Ishan confessing to his family that he wanted to leave the house but Suhani hid this from them. Everyone behaves that they really had no idea about it. Rakesh tells Ishan that he will never scold or hit him again. Ishan tells him that he will never repeat it again as Suhani opens his eyes. He will never disappoint his family.

Aditya keeps staring at Suhani and thinks she is the bundle of joy who spread happiness to everyone. He gets impressed by her charm. Suhani recalls Ranveer, who says she will have to accept her defeat and he has rights on everything related to her.

Suhani teaches commerce to Ishan and he feels sleepy. She decides to make coffee to stay awake but Sudha already brings tea for them. Ishan praises Suhani for her teaching method, despite of being a medical student she is teaching him commerce very well. Later Suhani gives instruction to Ishan how to make tea. Both of them tease each other and Suhani goes to Aditya’s room to give him tea.

Aditya gets emotional looking at his mother’s clothes. He shares with Suhani that it’s his mother’s birthday and how much he misses his mother, the orders she used to give him. Suhani consoles him and ask him what he will do with these clothes. He replies it’s time to move on from his past. He will give these clothes to Acharya ji for poor people and that will be helpful for them.

Aditya cries holding the clothes and it reminds Suhani of Ranveer who also cares for Mamta a lot. Acharya ji notices her and says she looks disturbed whats the reason? She diverts the topic and leaves. Acharya ji tells Aditya that his facial expressions say that he likes Suhani and he tells positive things about his bond with Suhani. Aditya gets shy and he wants to know what Suhani feels for him.

Aditya tells Ishan to show his palm to Acharya ji so that he can predict his future. Ishan does so and there Suhani tells Sudha that Ranveer’s memories are not leaving her alone. She can remember how Ranveer cared for Mamta always. Aditya’s mother’s birthday reminded her of Ranveer. Sudha says it’s not that easy to move on specially when Suhani spent a long time with Ranveer. Sudha tells Suhani to not blame herself.

Suhani gives food to Acharya ji and he says Ishan will never become unsuccessful because of his sister’s effort. She will be the reason of his success. Suhani says but she believes Ishan should achieve success by his hardwork else if he believes in palm reading only then he will not put enough efforts. Acharya says if she is questioning his predictions. He can even tell her future if she allows. Suhani shows no interest but she tells him to have food. Aditya thinks but he will never know what Suhani feels for him. He tells Acharya ji to read Suhani’s face.

Sudha asks Suhani to allow Acharya ji to tell about her future. He says though Suhani disbelieves him but he will tell her what’s in her future. He adds from where she escaped, she will have to go back to that situation again. Suhani gets shocked to hear that and Rakesh interferes saying he doesn’t think Acharya ji’s prediction will come true. Suhani will never get into trouble again.

The episode starts with Sudha crying that where did Ishan go? Rakesh says he scolded him for his own good but he had no idea Ishan will leave the house. Aditya informs the police about Ishan’s full name. Suhani tells her family to not lose hope. Aditya asks Suhani to give the letter Ishan wrote. Suhani lies that she cant remember where did it go. Aditya says but she can’t lose that letter as its a potential proof. They can get a clue to find Ishan.

Suhani tells him to ask people about Ishan. Aditya leaves and Rakesh asks Suhani how can she be so careless? Suhani reveals to everyone that she didn’t show the real letter to Aditya as she didn’t tell him about her past related to Ranveer yet. So she can’t tell him about Ranveer. Suhani asks Sudha to write a duplicate note on behalf of Ishan which she can show to Aditya.

Suhani worries for Ishan that he must be very tensed now. Aditya reads the duplicate note and doesn’t get any clue. He says noone is able to tell about Ishan. Suhani says but Ishan needs money for travelling and other expenses. She tells Sudha and Dadi to check if their jewels are missing? As Ishan might leave taking them. Sudha says her earrings are missing only. Dadi says now Ishan has become a thief too.