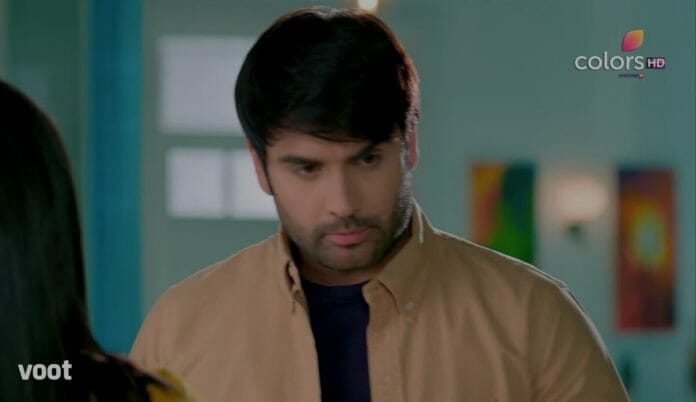 Colors TV new show Sirf Tum starrer Vivian Dsena and Eisha Singh will witness a high voltage drama. Ranveer refused to marry Suhani and he cancelled his engagement with her. This gave shock to Suhani and she feels Ranveer has a valid reason for doing that. The reason is revealed but Suhani is unaware of that. When will she know? That will be exciting to watch.

In previous episode it was seen that Vikrant started itching his whole body as Ansh put itching powder on his chair. He called Mamta for help but due to Ansh’s trick she didn’t wake up. Suhani tried to wake her up by injecting a medicine. She wondered how the injection is present in the first aid box. There Asha tried to reduce Vikrant’s irritation by applying lep on his body but Mamta stopped Asha and after a fight Asha pushed Mamta away. There Ranveer prayed for Mamta. Suhani talked against Asha’s act as the latter didn’t take Mamta’s permission before treating Vikrant. Later Roshni blamed Asha and Suhani both for planning against Mamta. She provoked Ranveer. Ranveer got upset with Asha.

in future episodes it will be seen that Ranveer will show his trust on Suhani. Suhani will give him head massage later to give him relief from headache. He will tell her to leave when she will ask him to reveal the reason of cancelling engagement again. Later Vikrant will threaten Dean and as per Ansh’s plan Dean will ask Ranveer to go out of the city to train his football team. Ranveer will deny because Mamta is not well. Mamta will force him and Ranveer will give the responsibility to Suhani to take care of Mamta. Nikita will come to take Suhani back home and Nikita will also argue with Ranveer for trying to stop Suhani. Ansh will send goons behind Nikita and they will misbehave with her. They will lie to her that Ranveer sent them. Ranveer will gift a new phone to Suhani as he scolded her earlier for not taking care of Mamta properly.