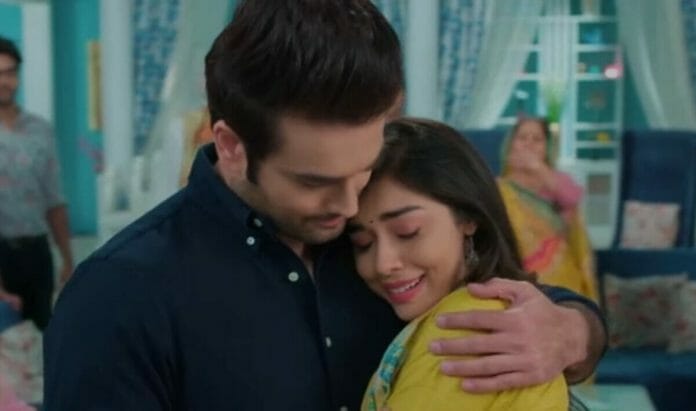 Colors TV show Sirf Tum starrer Vivian Dsena and Eisha Singh which recently shifted to Voot, has come to an end after a short yet sweet journey. The last episode is about Suhani and Ranveer’s happy reunion after a long term misunderstanding between them.

In previous episode it was seen Suhani attended the inauguration ceremony despite Sudha’s denial, Dadi allowed her to go. Mamta, Dadu insisted Ranveer to apologise to Suhani for all his mistakes. He did so and took the responsibilities of his wrong deeds.

He also pleaded her to come back to him, she refused to accept him though she forgave him. Mamta told Ranveer to not lose hope. Suhani found herself in dilemma and shared her emotions with Dadi. She said she doesn’t want to face the same kind of problem again by getting back together with him.

Ranveer spent time with his friends and Mamta worried for him. John and Raghu assured her that Ranveer is doing fine. Ranveer decided to change himself to get back Suhani. He said he will never upset Suhani in future with his anger. He therefore decided to convince her for marrying him again. He planned to go to her house with his family.

In today’s episode Ranveer visits Suhani’s house and asks for forgiveness from her family and her. He says he disappointed them a lot and he won’t mind if Rakesh hits him. He asks Suhani to come back to him as he knows she can never love someone except him.

Rakesh tells him to leave her alone and Suhani also decides not to accept his love. He gives her divorce papers and tells her to sign it and he will never show his face again. Aditya tells Suhani about his conversation with Ranveer how the latter wants to change his personality genuinely for Suhani and he wants to work on his relationship and will get her sorry too.

Aditya tells her to give one chance to Ranveer. Suhani writes I love you Ranveer on the divorce papers and he gets surprised seeing that. They hug each other and Suhani’s family also accepts their relationship. Suhani says she and Ranveer will not part ways again. The show ends on a happy note.

To know what will happen next in your favorite shows, stay tuned to this space.