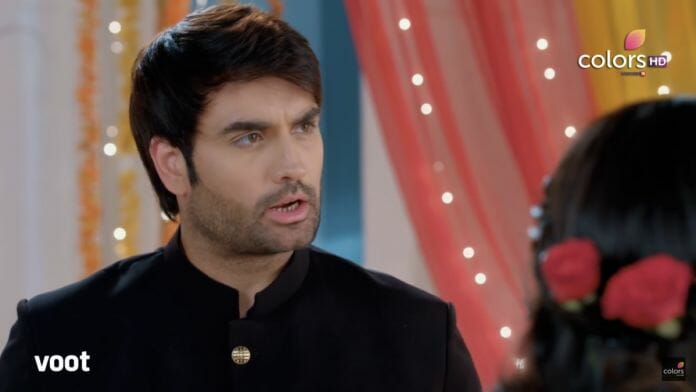 colors tv new show sirf tum starrer Vivian Dsena and Eisha Singh will witness a high voltage drama. Ranveer refused to marry Suhani and he cancelled his engagement with her. This gave shock to Suhani and she feels Ranveer has a valid reason for doing that. What is the reason? viewers will get to know that soon.

in previous episode it was seen Ranveer and Suhani got excited for their engagement and Ranveer told Suhani to get ready for the engagement on time. He told Vikram and Roshni to attend the ring ceremony but they denied as Suhani is a divorcee. Ranveer took her side as she married Ansh due to his mistake. Later Rakesh also didn’t give his consent for Suhani and Ranveer’s marriage. Ranveer asked for one chance from him and gave him the wedding card. Suhani got upset as Rakesh was absent on her ring ceremony. Ranveer arrived late at the ceremony and Suhani patiently waited for him.

in future episodes it will be seen that Suhani will make Ranveer wear the engagement ring but he will refuse to make her wear the ring shockingly. He will say that he is not made for marriage and commitment. He wants to live a free life. Suhani will ask him the reason why he is denying to marry her all of a sudden. Ranveer will say that he can’t go against his mother or family’s wish. Suhani will fail to believe in his words and Rakesh will slap her seeing her adamance. Rakesh will call Ranveer incapable of taking responsibilities. Ranveer will not tell the reason to Suhani despite her several attempts. Rakesh will lock her in room and there Mamta will wonder why Ranveer suddenly changed his mind.

Will Ranveer break ties with Suhani?