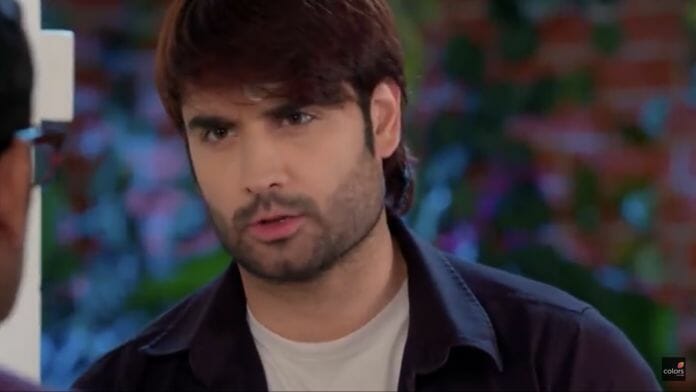 Colors TV new show Sirf Tum starrer Vivian Dsena and Eisha Singh is showcasing how Rakesh found Ranveer and Suhani together on valentines day. He got furious and raised hand on Suhani but Ranveer stops him but what will be the consequences? Will Ranveer learn about Riya’s act? That will be exciting to watch.

In previous episode it was seen Ranveer gave notes to Suhani and John Raghu pushed him to plan a surprise for her. Ansh called Rakesh to come to college to disclose Suhani and Ranveer’s romance. Suhani got impressed seeing Ranveer’s romantic surprise. Ranveer’s romantic words melted Suhani’s heart but she felt sad as she doesn’t want to break her father’s trust. Ranveer assured her that they both will talk to Rakesh about their relationship and they are doing nothing wrong. Rakesh caught Suhani romancing with Ranveer and he tried to slap Suhani in anger. Ranveer stopped him.

In future episodes it will be seen that Ranveer will try to talk to Rakesh but the latter will leave with Suhani in anger. Ranveer will confront Ansh as he feels Ansh called Rakesh to come to college on valentines day. Rakesh will lash out at Suhani for breaking his trust by dating Ranveer. Suhani will cry and later Sudha and Dadi will support her saying Ranveer is the best life partner for her. There Ranveer will meet Suhani at late night in her room and they will get caught by Kamini. Rakesh will try to throw him out but Ranveer won’t leave.

Will Suhani and Ranveer get separated?

How will Ranveer convince Rakesh?