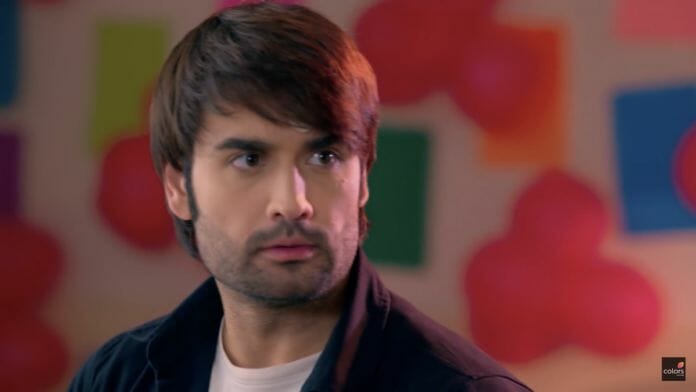 Colors TV new show Sirf Tum starrer Vivian Dsena and Eisha Singh will showcase how Rakesh is going to find Suhani and Ranveer lost in each other’s eyes. He will get furious and will raise hand on Suhani but Ranveer will stop him but what will be the consequences? Will Rakesh separate Ranveer and Suhani? That will be exciting to watch.

In previous episode it was seen Riya instigated Rakesh against Suhani saying she is taking advantage of his trust, Ranveer and Suhani proposed each other already and they are having an affair. Rakesh told her to leave as he trusts his daughter the most. He learned about Ranveer’s health and supported Suhani for taking care of Ranveer. There Ranveer tried to unlock the door with Suhani’s hairpin. John and Raghu finally returned. Suhani told them to look after Ranveer and she left. Suhani got to know from Rakesh what Riya did. Afterwards she felt sorry for breaking her father’s trust as she loves Ranveer now.

In future episodes it will be seen that Ranveer will give notes to Suhani and John Raghu will push him to plan a surprise for her. Ansh will call Rakesh to come to college to disclose Suhani and Ranveer’s romance. Suhani will get impressed seeing Ranveer’s romantic surprise. Ranveer’s romantic words will melt Suhani’s heart but she will feel sad as she doesn’t want to break her father’s trust. Ranveer will assure her that they both will talk to Rakesh about their relationship and they are doing nothing wrong. Rakesh will catch Suhani romancing with Ranveer and he will try to slap Suhani in anger. Ranveer will stop him.

Will Suhani and Ranveer get separated?

How will Ranveer convince Rakesh?