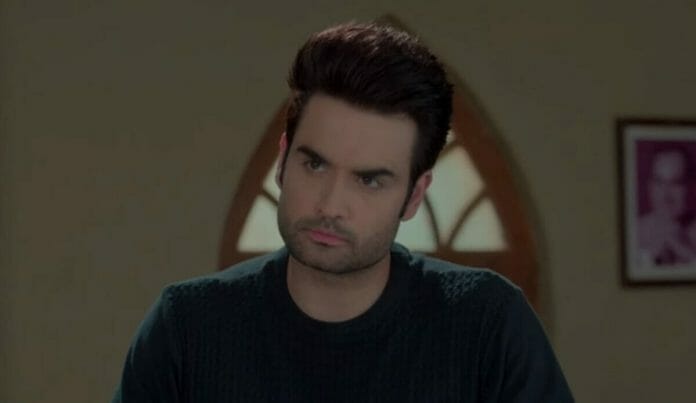 Colors TV show Sirf Tum starrer Vivian Dsena and Eisha Singh will witness a high voltage drama. Recently the show has been shifted to Voot. Ranveer lands in trouble when he tries treating a terrorist to satisfy his ego against Suhani. He gets arrested when the terrorist slips into coma. Will he take revenge from Suhani now?

In previous episode it was seen Ranveer got blamed by the cops for breaking the protocol and they locked him in the room. They decided to shift Ram Singh to a government hospital. Suhani told them to allow Ranveer to treat him but cops were not ready to do so.

Ram Singh slipped into coma and the cops arrested Ranveer for false accusation that he tried to kill their prime witness and therefore he might be a part of a terrorist group. Media called him as an Anti-Nationalist and Ranveer held Suhani responsible for his arrest.

Later Suhani felt guilty and Aditya asked her to join a discussion as a panelist in a news channel to talk for the medical association. She tried to defend Ranveer but the other panelists proved him as a traitor of the nation.

Ranveer fumed seeing that. Oberois’ bank accounts got blocked and the lawyer refused to fight the case for Ranveer without any fees.

In today’s episode Ranveer is taken to the court without any lawyer. The cop puts charges of terrorism on him, but Ranveer explains the situation due to which he failed to operate Ram Singh. He asks them to check his background and he adds he is not guilty.

Protestors demand for his death penalty and they attack the Oberois out of anger. Vikram and Dadu get hurt by them and they can’t even reach court to support Ranveer. The judge rejects Ranveer’s bail application as the police needs time to collect evidence.

Suhani feels guilty and she goes to Ranveer to face him. Ranveer blames her for everything and seeks revenge. Suhani says she will prove his innocence as she knows he is not an Anti-Nationalist. Everyone gets surprised seeing it on national television.