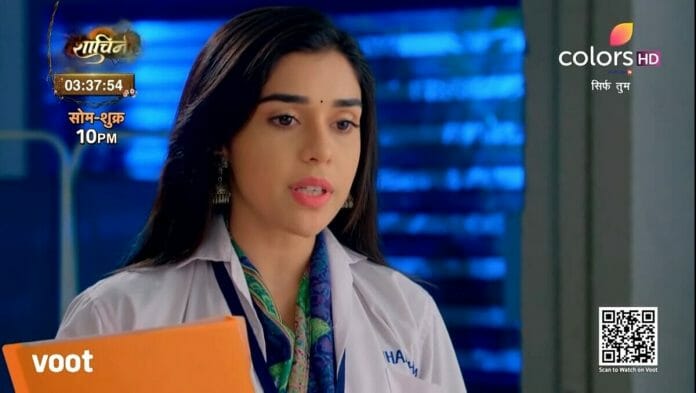 Ranveer lands in trouble when he tries treating a terrorist to satisfy his ego against Suhani. He gets arrested when the terrorist slips into coma. Will he take revenge from Suhani now?

In previous episode it was seen Ranveer refused to trust Suhani that she genuinely wants to prove him innocent. She told him that she is adamant and she never wanted to destroy his career. She knows he is not a traitor so she will get him released soon.

She even got hit by stones while protecting him from the crowd. Sudha worried for her and told Rakesh to refrain her from helping Ranveer. Ranveer said the person who is behind this conspiracy won’t let Suhani prove his innocence that easily.

Later Suhani reached Oberoi Mansion with a lawyer and Mamta showed gratitude to her as she deposited the lawyer’s fees on behalf of Oberois. The lawyer got ready to fight Ranveer’s case. Suhani helped Oberois by giving them some money.

Suhani met Mr Singh who accused her of helping a terrorist. She replied she or Ranveer is not involved in any Anti-India activities but she can doubt Mr Singh instead as he let Ram Singh die and didn’t let Ranveer operate his patient. Mr Singh got shocked.

In today’s episode Mr Singh threatens Suhani saying he will arrest her too if she supports a terrorist. She gets more courage and thanks him. He says the agitated crowd might vandalise their hospital.

Mamta and Dadu meet Ranveer in the lock up and praise Suhani for all the help. Ranveer says but she will get into trouble so he can’t take her help. Mamta says noone is more worried than her for him.

Sudha tries to lock Suhani in room for her decision of saving Ranveer. She says Suhani won’t become an easy target for people just to save him. Later Suhani convinces her family saying she can’t let an innocent doctor get the punishment.

Ranveer also helped her when she was falsely accused. Rakesh allows her to go ahead. There Aditya goes with Suhani to the court.