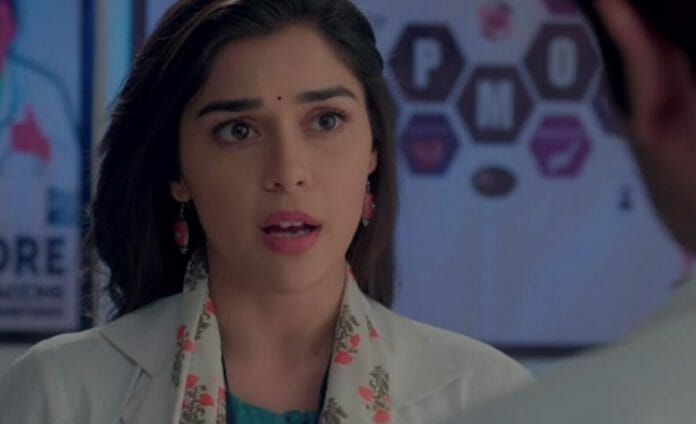 Colors TV show Sirf Tum starrer Vivian Dsena and Eisha Singh will witness a high voltage drama. Recently the show has been shifted to Voot. It will come up with lot more interesting twists and viewers are going to enjoy the love-hate relationship of Suhani and Ranveer. Aditya’s presence is bothering Ranveer and he is not ready to see Suhani with someone else.

In previous episode it was seen that Suhani returned her mangalsutra to Ranveer and cut all ties with him. Ranveer also said that he doesn’t want to be with her too. He said but she can’t separate them fully as she is still married to him.

Suhani said he lost in this game not Aditya as she will always love him as a friend. Ranveer felt jealous seeing Suhani sitting on Aditya’s bike. Later, Rakesh decided to support Suhani’s decision of living a life alone without divorcing Ranveer.

But second marriage would be her own choice only. Mamta asked Ranveer to not get mad at Aditya or Suhani in the hospital and surprisingly Ranveer went to hospital in his car not in the hospital cab. Aditya suspected that Ranveer is planning something. There Ranveer burned Suhani’s sketch.

In today’s episode Suhani treats a lady who is a victim of domestic violence. She gives her courage to tell the truth and Ranveer tells Suhani to focus on her job instead of doing social work. Suhani indirectly points out his mistakes while talking to the lady about her husband.

Ranveer chokes Aditya when he tries to protect Suhani from his anger. Ranveer scolds her in his cabin for not following his rules. She says he also didn’t follow any rules but torturing his intern due to personal grudge. She asks him to behave professionally.

He get angry at her and later Oberois try to convince Suhani’s family so she comes back to Ranveer but Rakesh puts forth a condition that is Ranveer has to apologise to Suhani for his misbehaviour.

If Suhani accepts his apology then only she will go back to Oberoi Mansion. Mamta takes the guarantee to convince Ranveer for the same. He gets convinced for his mother’s health and there Suhani refuses to stay with him again when Rakesh informs her about Mamta and Ranveer’s visit in their house. Aditya says he will take legal action if Ranveer forces Suhani for anything.

Will Ranveer apologise to Suhani?