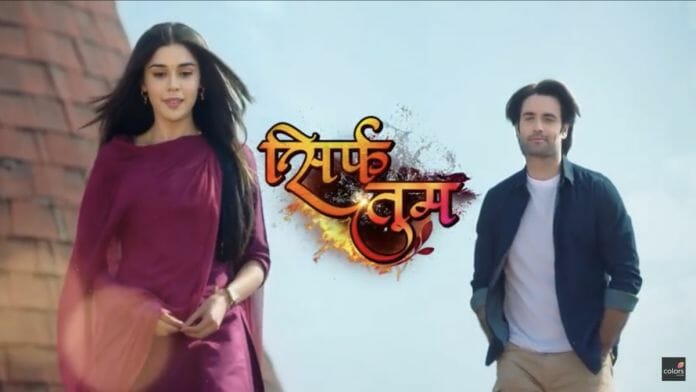 This week began with Ranveer getting blamed by the cops for breaking the protocol and they lock him in the room. They decide to shift Ram Singh to a government hospital. Suhani tells them to allow Ranveer to treat him but cops are not ready to do so.

Ram Singh slips into coma and the cops arrest Ranveer for false accusation that he tried to kill their prime witness and therefore he might be a part of a terrorist group. Media calls him as an Anti-Nationalist and Ranveer holds Suhani responsible for his arrest.

Later Suhani feels guilty and Aditya asks her to join a discussion as a panelist in a news channel to talk for the medical association. She tries to defend Ranveer but the other panelists prove him as a traitor of the nation.

Ranveer fumes seeing that and seeks revenge. Oberois’ bank accounts get blocked and the lawyer refuses to fight the case for Ranveer without any fees.

Ranveer is taken to the court without any lawyer. The cop puts charges of terrorism on him, but Ranveer explains the situation due to which he failed to operate Ram Singh. He asks them to check his background and he adds he is not guilty.

Protestors demand for his death penalty and they attack the Oberois out of anger. Vikram and Dadu get hurt by them and they can’t even reach court to support Ranveer. The judge rejects Ranveer’s bail application as the police needs time to collect evidence. Suhani feels guilty and she goes to Ranveer to face him.

Ranveer blames her for everything and seeks revenge. Suhani says she will prove his innocence as she knows he is not an Anti-Nationalist. Everyone gets surprised seeing it on national television.

Ranveer refuses to trust Suhani that she genuinely wants to prove him innocent. She tells him that she is adamant and she never wanted to destroy his career. She knows he is not a traitor so she will get him released soon.

She even gets hit by stones while protecting him from the crowd. Sudha worries for her and tells Rakesh to refrain her from helping Ranveer. Ranveer says the person who is behind this conspiracy won’t let Suhani prove his innocence that easily.

Later Suhani reaches Oberoi Mansion with a lawyer and Mamta shows gratitude to her as she deposited the lawyer’s fees on behalf of Oberois. The lawyer gets ready to fight Ranveer’s case. Suhani helps Oberois by giving them some money.

Suhani meets Mr Singh who accuses her of helping a terrorist. She replies she or Ranveer is not involved in any Anti-India activities but she can doubt Mr Singh instead as he let Ram Singh die and didn’t let Ranveer operate his patient. Mr Singh gets shocked.

Suhani says that she can also doubt Mr Singh being a part of terrorist group for not letting Ranveer treat Ram Singh. She is not an investigator but it’s common sense. Mr Singh says she should not cross her line as he can arrest her for her daring act.

He calls the another cop to make her wear handcuff. He then stops him and warns Suhani saying she should not test his patience. If she keeps helping a terrorist then her life will be at risk. They will keep eyes on her, what if the agitated crowd attack her some day or she can get killed by the terrorist’s men.

Mr Singh says he will tell this story to everyone about her and if they arrest her then she will be hanged to death like Ranveer without any proof or court hearing. He is about to leave but Suhani says she has become more determined now to prove Ranveer’s innocence and thanks to his threat.

Mr Singh gets angry and Aditya stops him. Mr Singh tells him to control Suhani’s actions else their hospital will be ruined by the people one day. Ranveer recalls Suhani’s words in the lock up, how she encouraged him to not lose hope.

Mamta and Dadi go to police station to meet Ranveer. The constable stops them but Dadu says he brought the court order to meet Ranveer. Mr Singh says they can’t meet a terrorist whenever they want. They should respect the law.

Dadu says they are Ranveer’s family and they won’t leave today without meeting him. Ranveer’s lawyer shows the court order to Mr Singh and the latter allows them to meet Ranveer finally.

Mamta calls Ranveer and the latter says sorry to her as they are facing problem because of him. Mamta says only Suhani came to help them and even arranged a lawyer for Ranveer.

She loves his family a lot. Ranveer says he doesn’t need her help and this accusation is not simple but it’s serious. Suhani will land in trouble if she goes against the public and supports him. Mamta says Suhani worries for them more than anyone and they should not doubt her intentions.

Ranveer says he won’t repeat that mistake again but he cant forgive himself if anything happens to her. Mamta hopes that Ranveer and Suhani will deal with the situation well.

Rakesh asks Suhani why she wants to make everyone her enemy just to support Ranveer, Sudha says Suhani won’t get involved in all this again. Suhani says when she was falsely accused for giving wrong injection to Vikrant, Ranveer went against everyone to help her and even got ready to marry Riya.

So how can she leave him alone in this situation when she knows he is not guilty. Their personal issues are different but she wants to save him for all the doctors who are honest. Sudha says Suhani won’t get into trouble in order to save others.

She tries to lock Suhani in room but the latter says she is doing what her mother taught her always. She tells Rakesh if he can see his daughter living her life in fear. Sudha doesn’t pay heed but Rakesh says now Suhani has become responsible and they never taught her to be afraid too. Suhani gets happy hearing that.

Ranveer is taken to different cell and the officers make fun of him. Aditya informs Suhani that he saw a person who ran away seeing him. Sudha tells Suhani not to go to the court as she is always unsafe around Ranveer.

Why can’t she understand? Suhani says she just wants to save an innocent person and nothing will go wrong and she believes Matarani will save her from all kind of danger like everytime.

They should not worry. Aditya says he will go with Suhani to protect her. She says that’s not needed but he says he will fulfil the duty of a friend. They leave together.

Suhani notices a car is following her and Aditya. Some men try to stop them from reaching court but John and Raghu reach there on time with police protection. Suhani thanks them and learns Ranveer told them to send police force for her.

Mr Singh traps Ranveer by lying that Suhani will get killed, Ranveer snatches gun from a cop and tries to run away but then bumps into Suhani. Mr Singh accuses him of breaking the law. The court hearing starts and Ranveer’s defence lawyer calls Suhani in the witness box to tell the truth.

Suhani reveals everything how Ranveer wanted to save his patient Ram Singh but the cops didn’t let him do so. She also presents proper proof against Mr Singh when Ranveer is accused of escaping from the court.

Ranveer says he cant tolerate if anyone tries to harm Suhani. The judge hears the voice recording of Mr Singh how he was threatening Suhani. He says after 15 minutes he will pass the judgement.