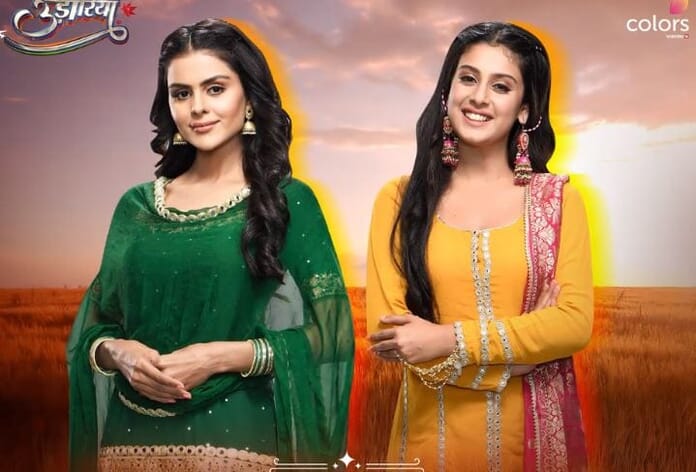 Scene begins in Virk and Rupy’s family gets shock to see Fate married Tejo giving surprise to all. Virk thinks that his son married to Tejo to save his reputation and name in the society. Rupy feels little emotional seeing his daughter without giving and expression in her face. Satti can able to understand in which trauma her daughter went through now. She has no word to say because she is keeping silent for her husband. Fateh takes Tejo from there forcefully not even completing the rituals nor let her allow to talk with her parents too. Virk family follows him behind.

Satti cries seeing his daughter state and Rupy consoles her. Here everyone reaches to house. Already everything prepared to welcome them. Fateh anger boils seeing this all his all dream went into vain when this girl enter into his life he kicks the rice pot it fall down making noises. He pulls Tejo and pushes her down in anger. Everyone gets panic to see it. His father Asks to him what’s this Fateh? He asks him to stay silent he is hell angry on this girl. Everyone staring him in confusion. His grandma asks to him doesn’t Jasmin eloped from mandap why did he showing his anger on this girl? Fateh says that this girl’s is the reason for whatever happened today. Gupreeth asks him to explain it. Fateh says to him that Tejo loves him from college days Jasmin was trying to find out whom her sister loving from last two years. It seems she found out it was him that’s why she sacrificed her love for her sister. This girl is the reason he lost his love of his life she is always a burden in his life.

Kushbeer asks to him Is this true? Tejo neither not crying nor reacting to anything of it. She is sitting there like statue not reacting to anything. Fateh questions them why don’t they believe him? Why should he lie to them? Kushbeer says they can’t able to come to any conclusion before asking to Jasmin. Fateh says he is damn sure she won’t come and confess the truth for her sister happiness. His mom asks to him if he don’t like her then why did married her in this way?

To take Revenge he says to all. Tejo stares him with so much pain after hearing that word from him. Fateh adds that this girl ruined his life rights so he gonna fulfill her wish to live with her lifelong but he will make sure she is shedding tears always. He won’t let her smile for a second too. His grandma says it’s wrong Fateh he took a wrong decision in his life. Fateh says he took the right decision. If anyone try to stop him he will settle in canada and won’t return to India.

His mom gets emotional and stops her husband from scolding Fateh. She says to him that he is in anger let’s give time to him he will be alright. He tells her that he don’t have much patience asks him to come back to normal or else his activities will affect his political carrier.