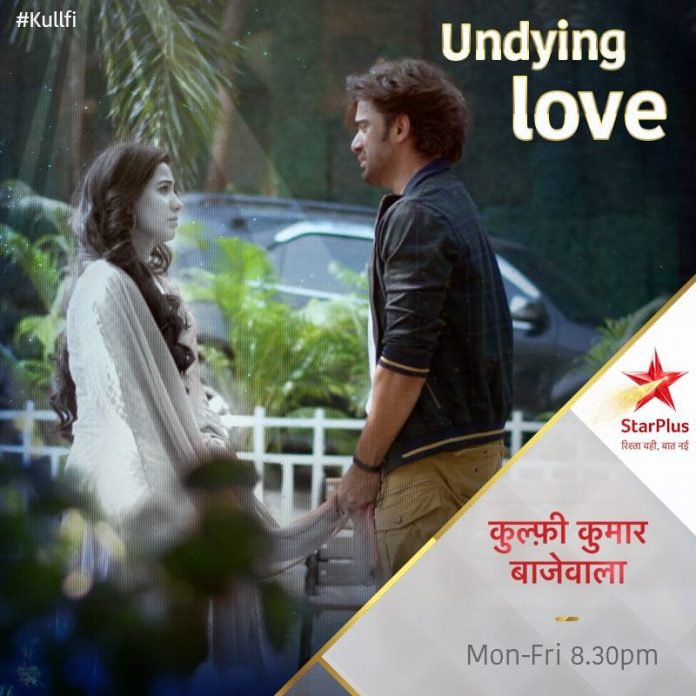 Star Plus’ most Popular Show and lovable show Kulfi Kumar Bajewala is up for some high voltage drama and
more interesting twists in upcoming tracks.
We bring you spoilers of upcoming episode to be aired on 8th January and 9th January.

On 8th January; Gunjan tries to reveal Kulfi and Amyra’s plan to everyone. Meanwhile, the girls realise that someone has discovered their intentions and try to destroyed the evidence.

Later On 9th January; Gunjan tries to trick Kulfi by calling her up as Santa Claus in order to reveal her and Amrya’s plan of reuniting Sikander and Lovely.