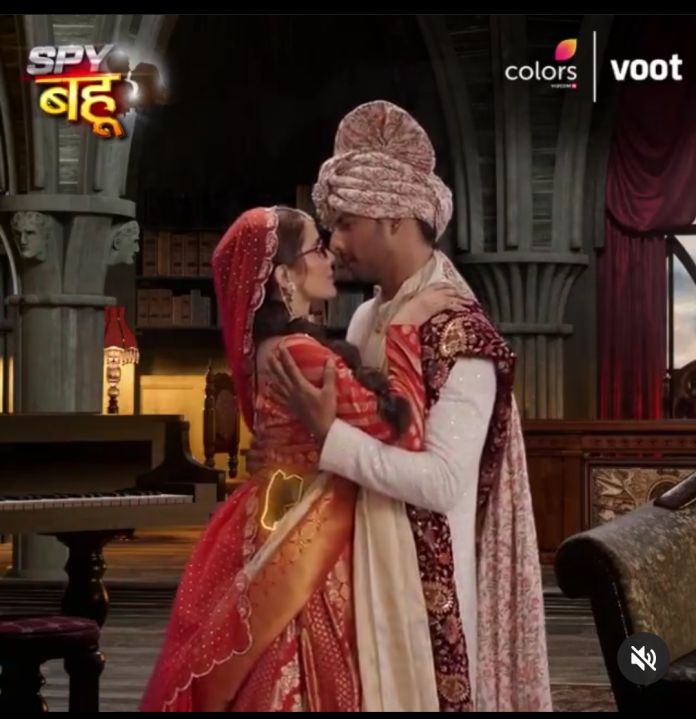 The episode starts with Yohan telling Sejal that Bamba is eating so everything might be okay at her home and asks her to chill. Sejal introduces Bamba to Arun and he greets her but Arun doesn’t reply back. Bamba tells does he also hears high like our grandmother? Sejal tells Bamba to behave and Arun is busy now. Bamba tells he is not busy he is ignoring me by playing candy sugar game like grandmother.

Arun tells I am not useless like your grandmother, and why is this kid comparing me to her I am not old yet. Yohan tells Krish not much time is left and Krish jokes it’s a matter of two month. Arun leaves inside. Bamba asks Sejal if he did anything wrong? Yohan tells Bamba that Arun has never talked with a cute kid like him so he doesn’t know how to talk.

Drishti and Avishek return from the function and everyone congratulates them. Arun tells congratulations is not enough so he wants to give him something close to his heart. Arun gifts Avishek his first expensive watch earned by his hardwork. Arun apologises to Drishti for not recognising Avishek at first. Avishek thanks Arun and Arun makes him wear the watch but it is about to fall and Sejal saves it. Sejal watches in shock the mark on Avishek’s hand as Arun makes him wear the watch. Sejal realizes Avishek is her brother Farid and recalls the moments when the truth was in front of her eyes but she did not realize it.

Sejal recalls meeting Avishek outside the secret room,in the hotel and him not killing the little girl on hearing Mahira’s name. Sejal leaves the house in shock and thinks about Avishek shooting Yohan and trying to kill them. Yohan gets worried for Sejal and looks around for her. Bamba tells Yohan that Sejal might be sad because tomorrow is her birthday and no one here knows that. Yohan that how can it be a coincidence that tomorrow it is Mahira’s birthday too.

Minal tells Saras she hurt her daughter so much but now she will bring happiness on her face. Bamba tells Yohan we cut cake at midnight for Sejal every year and even today mummy and papa will come here to surprise her. Yohan tells Bamba not to worry he will bring Sejal back. Sejal comes to Majar and prays. Sejal tells she always wanted to find her brother and left everyone for him but we were leaving under the same roof.

Sejal thinks why did her brother go on in this way. Sejal thinks our parents died fighting the terrorists to protect this nation and you became one of them,even after wearing police uniform he is doing antinational work. Yohan tries calling Sejal and looks around for her. Yohan stops at the Majar and recalls coming there to pray with Mahira. Sejal thinks Farid even tried to kill Drishti and what will she go through when she realizes the truth. Sejal prays to give her strength to save Drishti and Yohan and she will have to fight her blood to save her husband.

Yohan comes inside and prays that everytime he came here only to pray for Mahira and her well being but today all he wants is for Sejal to be safe. Sejal tells she will be Yohan’s shield and protect him. Yohan thinks if Sejal will also leave him like Mahira did. Sejal tells now she wants to fight like a warrior and finish the evil and prays for strength. Yohan thinks if he should give his marriage another chance and try to accept Sejal? Sejal finds missed calls from Yohan and texts him she is okay. Yohan reads the text and remembers Bamba telling him about Sejal’s birthday. The episode ends with Yohan thinking he has only 30minutes before Sejal’s birthday.