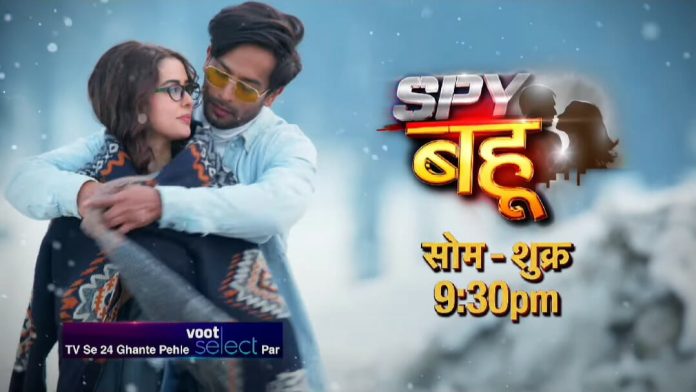 The episode starts with Yohan and Mahira saying about going to police station. Sejal says even she wants to find about Abhishek’s death so she will also go along. Mahira feels angry that her plan won’t work. Yohan says anything cannot escape from Sejal’s eyes so she should go along with them. Mrinal feels worried at home and thinks she is even afraid to light stove. Someone rings the bell and she goes to check.

Mrinal doesn’t find anyone at door. Later she sees that there is a box kept at the gate. She brings it inside and gets shocked to see it has blood stained shirt and watch which her husband was wearing. She gets heartbroken but then he comes home. Mrinal asks her if he is fine. Both of them get afraid and call Sejal. Sejal tells them that they shouldn’t worry and is freaked to know about threat sent through blood stained materials. Sejal informs Yohan that she cannot go with them as she has some work for her home. Yohan says its fine and both of them will go. Mahira gets happy.

Veera says to Aarti’s skeleton that soon Yohan will become Sejal’s enemy and laughs hysterically. Later Sejal calls Tanhaji sir. She tells him about bomb being placed at her home. He tells her that SK sir still does not believe that Veera Nanda is actually SirJi. But he trusts her judgement. He asks Sejal if he should send bomb diffusing squad at her home but Sejal denies and instead requests him to distract Veera for a while so that she cannot check cctv footage of her house at Jamnagar. He agrees.

Ahana takes Yohan to the shooting site and intentionally doesn’t let him call SK Sir. She coughs and goes to stall nearby and the shopkeeper gives them contact. Later informer calls Tanha ji and tells him about this. He informs SK Sir that Yohan is hell bent to solve Abhishek’s case and had some stall owner there but they remember clearly how on that day there was actually no shop. They realize it’s all planning to make Yohan reach the evidence against Sejal. Meanwhile Sejal calls her parents. On other hand, Veera gets call from police station that Krish has been arrested.

Veera reaches police station and tells she will pay all the expenses for the injured person and asks to prepare bail for Krish. Sejal makes Mrinal go around the house and seal all the cctv cameras with cellotape. They are very anxious but do as she says. She finds the bomb installed there and tells its most dangerous kind of bomb. She recalls how she had learnt about diffusing it. She starts instructing them to do as there is no other option. Yohan and Sejal go through photos of shooting day and the episode ends with Yohan seeing one of pictures with Sejal in it. Mahira smirks happily.