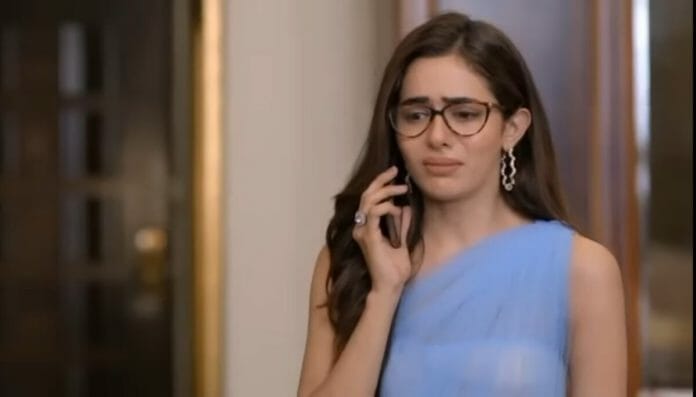 Colors TV show Spy Bahu is now on Mumbai track where our lead actress Sejal is keeping an eye on her husband Yohan to prevent a terrorist attack. Sejal and SK are unaware about the real planner behind the attack, her brother Farid who is living disguised in the identity of Avishek. Avishek has put his plan Mission Azaadi into action and plans to kill everyone at hotel Chapel. Can Sejal realize the true plan before it’s late and save the lives of innocent people?

Mr. Shah introduced introduced Yohan and Sejal to a couple celebrating their 50th anniversary. Drishti told Yohan that Alisha didn’t pick up her call. Flashback showed Mrs.Shah paying the waitress and now Alisha is having a bad stomach and kept rushing to washroom. Mrs. Shah smiled and tells she maybe tired so let her rest. The terrorists came to hotel Chapel dressed as waiters and hacked into the CCTV cameras. They shot the guard and entered the hotel. Mrs. Shah asked Yohan if Sejal was his first love? Yohan told his first love happened in the snowy hills and recalled him playing with little Mahira. The couple celebrating their anniversary told they want all the couples to join them in dance competition and they will gift the winners a lucky ring. Mr. Shah told Yohan if he wins the ring the deal is done.

Yohan and Sejal danced romantically blindfolded while the terrorists entered the hotel. Yohan left Sejal and the old man gifted Sejal the ring of love. Avishek disguised himself in a mask and took the security room under his control. Charlie told he needs 45 minutes to start live stream. Avishek told that’s when the attack will be started and no one will be spared. Avishek told to jam all networks and seal the exits as there should be no room for escaping once they start shooting. Sejal looked for Yohan and got suspicious of a waiters uniform.