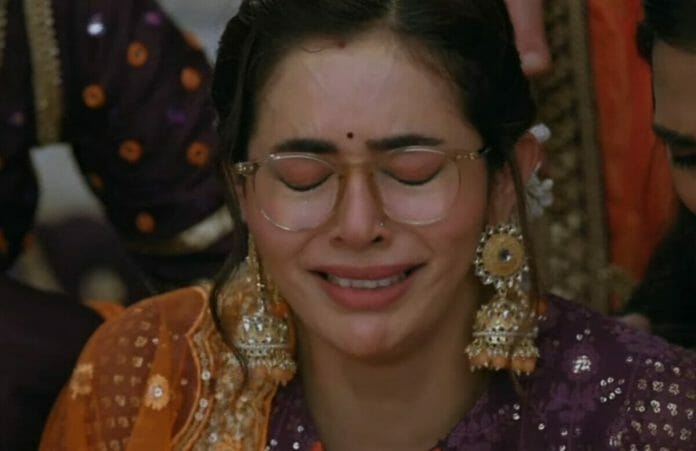 Colors TV show Spy Bahu is all now showing how Sejal has managed to get Veera arrested but due to Fake Mahira’s dirty games even Yohan has been arrested. Sejal has proved herself as a spy, now will she be able to prove herself as the best wife and bahu too?

In the previous episode Veera told Krish not to believe anything . He said he had himself heard all her confession. Veera picked up gun from the drawer. Yohan told her to shoot him. Veera got shocked to see the gun was empty. Yohan showed bullets with him.

Shalini told about how Veera had shot her but Sejal and Yohan saved her on time. Drishti said Veera had tried to kill her too. Sk sir came there with police and congratulated Sejal for completing her mission as Paro and getting most wanted terrorist arrested.

Yohan hesitated to tell Sejal about what happened and told her last night he was with Mahira. Sejal questioned him why he didn’t tell police. Police came arrest warrant for Yohan Nanda. They said he has been accused of rape charges by Mahira.

At police station Sejal questioned police inspector if they know about Ahana faking her identity. He told she has already told them everything. Sejal thought now only medical reports can help to save Yohan while Yohan was shown helplessly sitting in the prison. Will Sejal be able to expose Ahana’s dirty game?