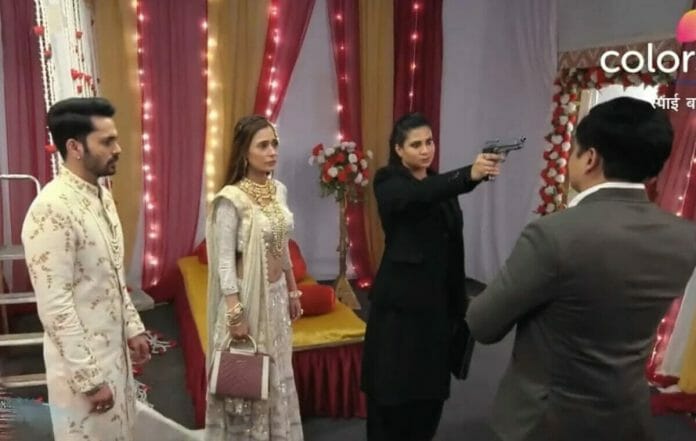 Colors TV show Spy Bahu is all set for new climax as Yohan as well as Shalini have seen Veera’s reality and know that she is terrorist head, Sirji. How will they expose her?

In The previous episode Yohan was losing his mind after knowing Veera’s truth. Yohan asked Sejal if Veera had always been lying that means Sejal was always saying the truth. He asked her again if she is his Mahira. Yohan also told her that he knew she never lost her memory. Sejal accepted being Mahira Mirza.

Yohan promised her that she is no more alone in her fight. Both shared emotional moment. At breakfast table, Veera came and Yohan lost his temper. However Sejal controlled his anger. Ahana met Arbaaz and told him to stop being impulsive and reminded him that they both are terrorists. Shalini was shown overhearing their conversation.

Shalini realized Mahira had been lying about her identity and Sejal was right that she isn’t terrorist but Mahira is. Veera Nanda came there with manager in her Sir ji getup. She shot the manager and killed him on the spot for lying to her and selling weapons from Nanda industry to other gang. Shalini was dumbfolded knowing Veera is Sirji and witnessing everything that happened.
In the upcoming episodes we will see if Shalini gets caught by them and lands herself in trouble or she escapes without being noticed?