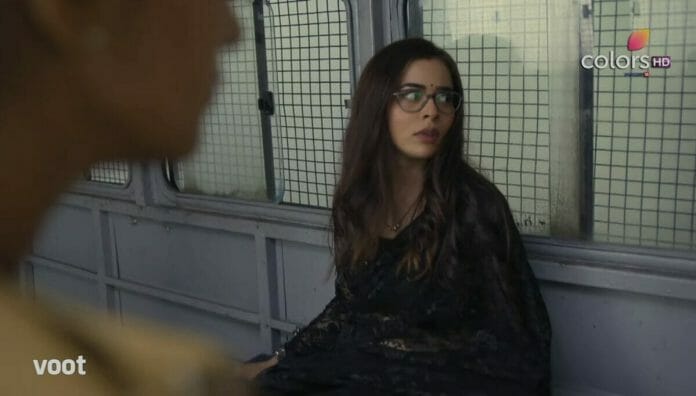 Colors TV show Spy Bahu has left viewers shocked with the new twist where in Sejal is shown to have died falling in the cliff. But is this really her end? Will Sejal come back?

In the previous episode Yohan informed Drishti that he will take her to meet Sejal but she needs to promise that its last time and after this they should consider that Sejal is no more in their world.
Ahana pushed the driver from van and herself started driving it. Yohan was shown following the van. Yohan was shocked to see it falling down the cliff and burning.

Sk Sir came to Nanda mansion . Yohan asked him about rescue operation and asked if they found Sejal. SK sir said that they had sent their team men down the cliff but the van and everyone inside got badly burnt down.

He said only ashes are left and was about to hand over pot of ashes to Yohan when Mrinal came there. She snatched the pot and told that Yohan already took Sejal from them and now was taking her ashes too. She blamed Yohan for Sejal’s death.

Yohan was speechless while Mrinal kept saying that Sejal will keep haunting them and they all are reason for her death. Mrinal and Saras went back with Sejal’s ashes pot while Yohan broke down completely lost about the sudden happenings. How will Yohan overcome the loss? Will Sejal return back to life?

To know more stay tuned to spy Bahu & this space.