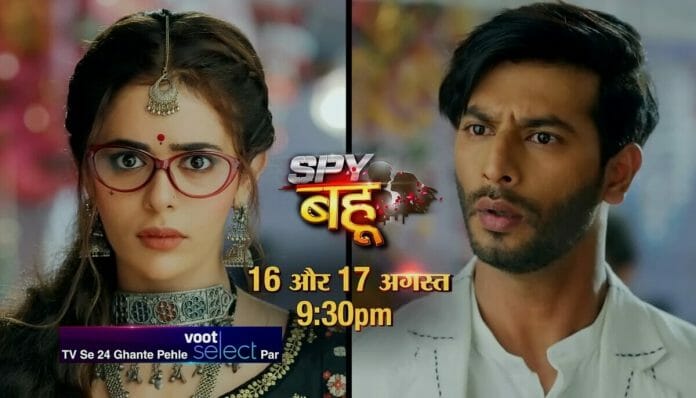 Colors TV show Spy Bahu revolving around Sejal has now taken a new turn as Sejal has been shown dead and a small leap of 6 months takes place. It will be interesting to find out if Sejal has survived & where she had been for the past months!

In the previous episode Yohan said inspite of everything happening he still feels Sejal was right and he was doing wrong. Ahana kept provoking Yohan. Yohan piled up everything that belongs to Sejal including their photos and burnt down everything. A leap of six months was shown. Drishti had given birth to baby boy, Adi while Veera had been acting to be on wheelchair.

Yohan was shown in a boxing ring. A guy introduced him as one of the richest businessman Yohan Nanda. He hit his opponent furiously but later instead of fighting back kept getting beaten up. Yohan still imagined Sejal around. He is At home, Ahana wore saree and Shalini indirectly taunts her.

Yohan saw Ahana in saree and scolded her for dressing like Sejal. After he left, Veera got up from her wheelchair. Ahana said that even though Yohan has agreed to marry her but has not decided the date yet. Paro is shown partially. In the upcoming episodes we will see if Paro is Sejal or not? How will Yohan escape from Ahana and Veera Nanda?