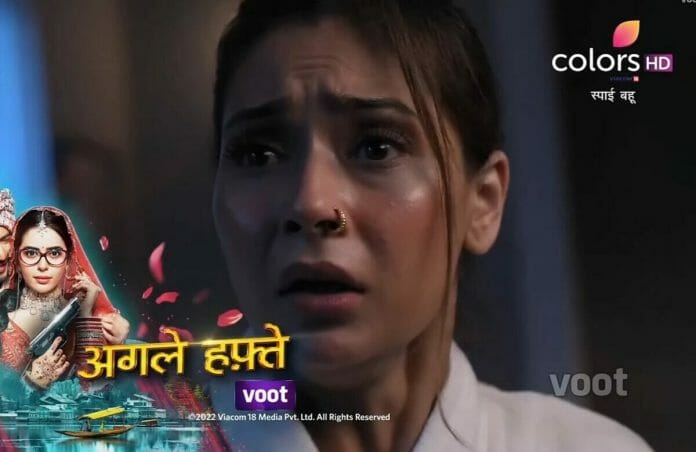 Colors tv popular show Spy Bahu is all set to again amuse the audience with the new plot twist as we will see Shalini who was shot to death by Veera and Ahana will be haunting Ahana. Is this Sejal’s new plan? What will happen next?

In the previous episode Shalini who had got scared witnessing everything mistakenly drops something and got noticed by the trio. Veera mercilessly shot Shalini and she died on the spot. At Nanda Mansion, Veera lied that they were attacked by goons who looted their jewellery and when Veera denied to give her engagement ring they started fighting. Ahana said that they were going to shoot Veera but Shalini came in between.

Veera told Ahana that on Ganapati she has planned a big blast in Nanda industry in which everyone will get killed except Veera. Yohan, Krish and Arun return home after doing Shalini’s last rites. In the upcoming episodes we will see if Veera gets successful in her plan to do blast or gets exposed by Yohan and Sejal.

Ahana will be shown relaxing in her room after shower and will notice that on mirror something is written with blood /red color. It say about how they killed Shalini and she will be back. Ahana will also see Shalini’s ghost and call family members to see the same. But the mirror will be all clean and Sejal will ask her what she wanted to show.

Will Sejal be able to make Ahana spill the truth?