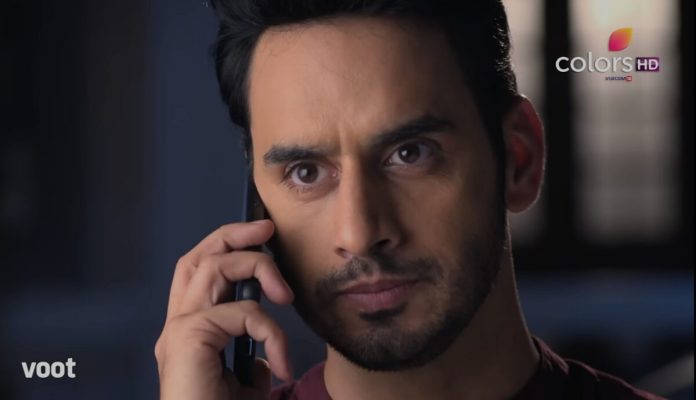 Colors TV show Spy Bahu is now the track of Sejal and Yohan developing feelings for each other. Sejal is filled with guilt of thinking wrong about Yohan and wants to prove him innocent. Yohan is falling in love with Sejal but will he forgive her on finding out her truth? Avishek has planned to get rid of Yohan and Sejal but can Sejal find out about his true identity and save Yohan?

SK told Shah was about to take someone’s name and terrorists are linked to Nanda house so we have to find someone linked to both of them and you will have to stay there.

Yohan told Sejal let us make our relationship which is above right and wrong where we just support each other and asked Sejal to be his friend so that even if she left after six months we can be friends. Sejal and Yohan shaked hands. Avishek told we had to kill useful person like Shah for Yohan and Sejal so they will pay for it by dying tomorrow.

Avishek’s told Sirji Yohan and Sejal will leave for award ceremony but never reach there as he removed their car’s brake. Veera got glad as today Yohan is praying for the first time after Aarti didi’s death and it is possible only because of Sejal.

Drishti invited Yohan and Sejal to Avishek’s bravery award function. Sejal tried combining her hairs with one hand but hurts herself. Yohan combed Sejal’s hair and Sejal stares at him. Yohan told Sejal she can stare at him as much as she wants as he is her husband for the next six months.

Sejal told she was just looking how did he know to comb hairs. Yohan told he had to learn it after his mother passed away for Drishti. Avishek is waiting for news of Sejal and Yohan’s death. Yohan was about to start the but Bamba came to Nanda mansion and they had to cancel the plan saving their lives.

To know what happening next keep checking this space for latest updates of your favorite shows.