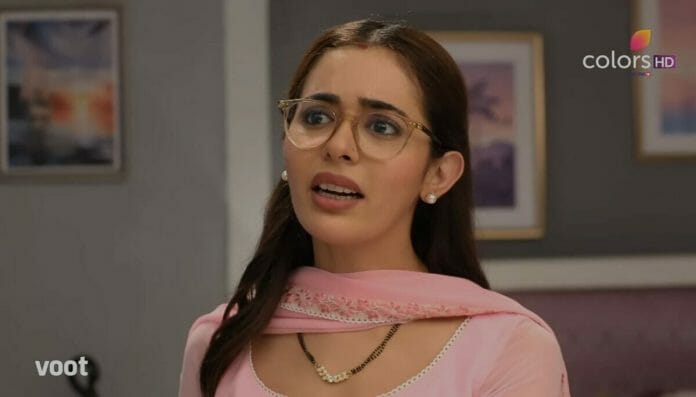 Colors TV show Spy Bahu which is soon going to end, is now at its peak as we are witnessing Yohan and Sejal planning to expose Veera and Mahira with Shalini’s help.

In The previous episode Yohan told Veera not to be overstressed as everyone gets back for their wrongdoings. Ahana came out of bathroom to find lights off and chair moving even when the window was close and fan was off.

Suddenly blood drops fell on her. She screamed and was shocked to see that on mirror its written that Shalini will come back to take her revenge. She also saw Shalini’s spirit and runs from room to call everyone being scared but everything was normal when they came.

It was revealed how Shalini had never died and was saved by Yohan and Sejal. Sejal explained that when she had given water to Shalini she had mixed a medicine which reduces heartbeat so when Arbaaz checked her pulsar he couldn’t find it. Later at incinerator place, Tanhaji had helped Yohan to remove Shalini.

At morning everyone was having breakfast and Shalini peeked outside feeling hungry. Ahana saw her and she acted like a spirit. Ahana being scared called everyone but Shalini was not there. Veera scolded Ahana and tells her to focus on their last mission and not do any stupidity. Yohan and Sejal had a hearty conversation. Ahana got locked inside the basement with Shalini’s spirit.

Will Ahana finally accept her crimes being afraid?