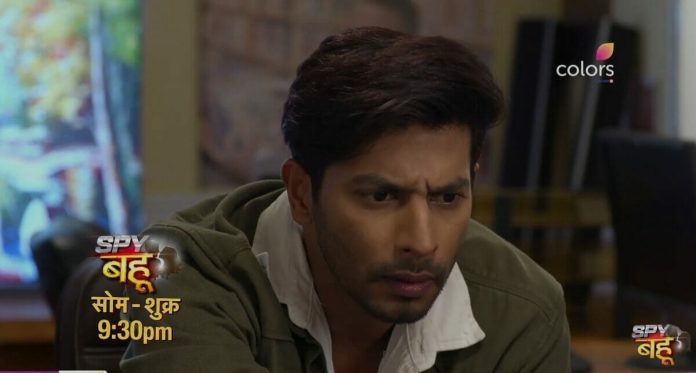 Colors TV show Spy Bahu is at extreme high point as Mahira has cleverly places evidences and showed Yohan presence of Sejal on the day Farid was shot. How will Yohan react knowing the truth?

In the previous episode Yohan and Mahira said about going to police station. Sejal said even she wants to find about Abhishek’s death so she will also go along. Mrinal she saw that there was a box kept at the gate,it had blood stained shirt and watch which her husband was wearing. She got heartbroken but then he came home. Mrinal asked him if he was fine.

Ahana took Yohan to the shooting site and intentionally didn’t let him call SK Sir. Later informer called Tanha ji and told him about this. He informed SK Sir that Yohan was trying to solve Abhishek’s case. They realized it’s all planning to make Yohan reach the evidence against Sejal.

Veera reached police station and told she will pay all the expenses for the injured person and asked to prepare bail for Krish. Sejal made Mrinal go around the house and seal all the cctv cameras with cellotape. She found the bomb installed there and instructed them to do as there is no other option.

Yohan and Ahana went through photos of shooting day and Yohan saw one of pictures with Sejal in it. In the upcoming episodes we will see how Yohan reacts to this truth.

To know more stay tuned to Spy Bahu & this space