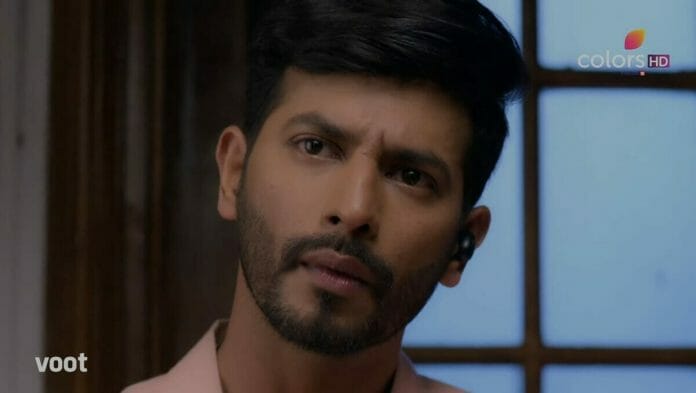 Colors TV thriller show Spy Bahu is soon going to show us the climax as we have already seen Sejal finding out the truth about Veera’s plan from Ahana.

In the previous episode, at basement Shalini acted like spirit and warned Ahana that she will take her revenge. Yohan came to Ahana and gave her medicine. Shalini came to Ahana’s room dressed in manjulika attire. Ahana found her hands locked with the bed.

Yohan lifted the bed up making Ahana more scared. Being afraid Ahana told about the attack on Ganesh Chaturthi planned by Sir ji at Nanda Mansion. Shalini asked again who was Sirji and Ahana said it was Veera Nanda.

Yohan and Sejal got the recording of Ahana’s confession and thought to submit it to police once they catch Veera. Sejal told Yohan to be careful and felt worried as he will be driving alone at rainy night.

Yohan asked her to take care and leaves. Sejal’s mangalsutra breaks and she felt uneasy. Sejal asked Shalini and Drishti to help her check all the materials that were being brought for Ganesh Utsav at home.

Sejal dressed Shalini in villagers dress and hid her face with long pallu. Veera was worried when Sejal and Drishti said about helping in preparations. In the upcoming episodes we will see how Veera works to make her mission for blast successful?

Will Yohan safely come back with Ganesha’s idol?