Sufiyana Pyaar Mera on Star Bharat is jumping from one dramatic event to another leaving no dull moment in the show’s story. As soon as Saltanat was deceptively left to drown and die by Kainat and Sabina, Kainat’s wedding with Zaroon began at the altar. Moreover, just when the wedding progressed, Saltanat becomes successful in getting out of the trunk with the help of Zainab and reaches to the wedding venue to stop the wedding. The sequence of wedding and cancellation is not a new thing for Kainat nor for the show.

This time though, this plot is very significant as it might put an end to every conspiracy Kainat has planned so far. In our earlier report, we exclusively gave the spoilers of how Saltanat is going to declare her true feelings of love in the wedding venue hearing which Zaroon will immediately reciprocate her feelings. Miyajaan will be furious with the way things have played out in front of everyone.

Mamun will also berate Saltanat and Zaroon for the way they have behaved since long and tells them what they are doing at the wedding is unacceptable. Zainab will rise to Saltanat’s defense but Miyajaan will not be ready to hear her out. His reaction will shock everyone. He harshly decides to give them severe punishment for taking the wedding as a joke and disregarding everyone. Zainab will not see any reason in this and finally decide to make the truth come out in open. Now it is to be seen whether or not she declares Kainat’s involvement in trying to kill Saltanat and her other wrongdoings.

We are hoping she does that and puts Kainat’s incessant whining to end. Keep tune in to us for more updates from your favorite shows. 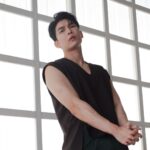 A Musical Ride With Mew Suppasit!!

July 31, 2021
Mew Suppasit Jongcheveevat, multi talented Thai artist has one again surprised us with his amazing work in his very first album 365! Album 365...

July 31, 2021
Chithi 31st July 2021 Written Update on TellyExpress.com The episode starts with Mallika and Yazhini seeking Soumiya's help. They assure her that they will give... 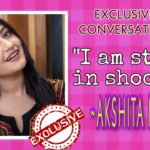 #Exclusive: Off-air news was not less than a double shock; Akshita Mudgal opens up... 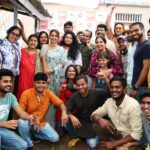 Sonali Jaffar on Tujhse Hai Raabta coming to an end: It was a journey... 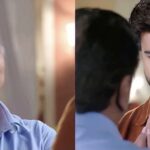 Sasural Simar Ka 2: Will Aarav apologize to Avinash on behalf of his family?