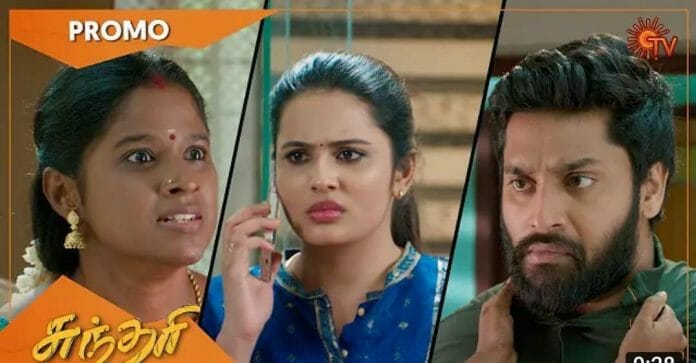 Anu shares with him that whatever happens in between them, she never fails to show her love and care for her. She loved her like her own daughter. Karthick asks her to take a rest.

Later, he got lost in his thoughts. Mallika comes there and asks him, is he planning something against Anu again? Kartick asks her, did he always look like a person to plot against them? Mallika nods to him. He asks her. Is she determined to trouble him?

Mallika complaints that he shouldn’t have married Anu, hiding his first marriage. He ruined two girls life She won’t leave him for his deeds. He might pay for his deeds. Later, Mallika alerted Sundari about Karthick’s plan.

In the upcoming episode viewers will see; Anu will call Valli to know about Sundari. Valli will inform her that her husband returned to home. She will invite her to visit home. Later, Sundari will scold Karthick for stole the Neckalce to create misunderstanding between Sundari and Anu. She will hold his collar in anger.

What will happen next? Will Anu survive? When will Anu find out Karthick’s secret?