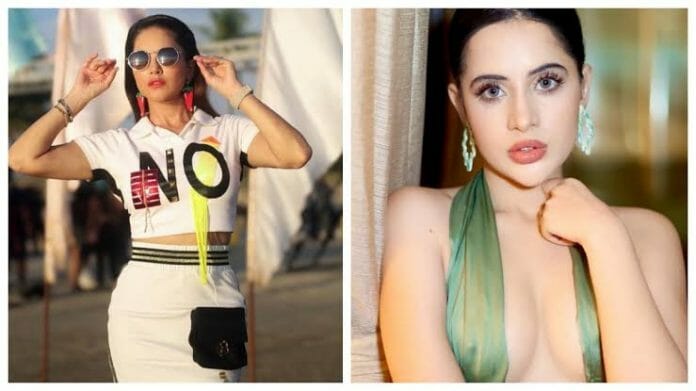 As we all know, Uorfi Javed’s fashion is absolutely fashion goals — they are a catalyst of social change. And in the list of celeb approvals, look who has joined and expressed her admiration for the young girl. It’s none other than the sensational star Sunny Leone herself.

Well, Uorfi’s upcoming stint in MTV’s show Splitsvilla X4 has been the talk of the town for quite some time now. However, what will her role in the show be is a subject of intrigue.

Meanwhile, in a recent press conference, Sunny was given a quirky question, and her response was so unexpected even for Uorfi that it literally floored the actress. Sunny goes on to publicly announce, “Mai uski fan hu, woh bahut achi aur nice hai. She was a part of the show, and I applaud her quality of taking stands at the right time on the right topics. That moved me while I was hosting the show. I still remember her saying ‘main aisi hoon, accept me the way I am’ and that I can relate too. I like gutsy women like these! It was a message to all the spectators who judged her, who ogled at her. And of course, I can’t even speak about how humorous she is.”

Uorfi who is seriously knocked down by what Sunny Leone had to say for her, confirms she’s not going to back down whenever something unpleasant happens to her, she will voice it out. According to sources, Uorfi will be given the title of a mischief maker in the show!

The actress will be staying amongst the contestants and will also perform every task that will be assigned to them. The contestants of the show will not be aware of Uorfi not being a normal contestant like them but a mischief maker.