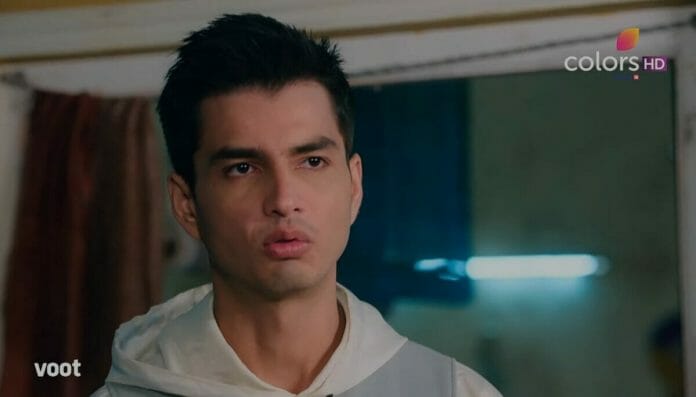 Swaran Ghar depicts the emotional turmoil and rollercoaster journey of an aged widow mother Swaran on ColorsTV and voot app. Currently we are seeing that Balli lashes out at Swaran for serving him unclean water. Chandni gets ready to act like Swaran. Yug asks Swaran to meet him urgently outside Swaran Ghar.

In the previous episode, Yug told Chandni the tragic story of Swaran and Ajit. Chandni got impressed with Ajit’s love for Swaran and got ready to help Swaran and Ajit. At Swaran Ghar, Balli lashed out at Swaran for serving him dirty water. Swaran apologized to Balli and served him clear water.

Balli flirted with Swaran. Chandni dressed up as Swaran and acted like her. Yug and Jai got super impressed with her act. They discussed about planting Chandni in place of Swaran. Yug called Swaran and asked her to meet him outside Swaran for an hour. Swaran said that she can not meet.

Yug mentioned Ajit and convinced Swaran. Swaran tried to leave when Balli and Saroj slept in the rooms. Saroj caught Swaran but Bebe saved her. Swaran tried to open main door but Balli called her from upstairs.

In the upcoming episode, Yug and Swaran are together. Balli walks to them and asks what is he doing there this late night. Yug says that Swaran has come to open door for him. Balli asks if someone else is also there with him and asks him to stay away from gate so that he can look out.

Will Balli spot Chandni? Will Chandni be able to take Swaran’s place?