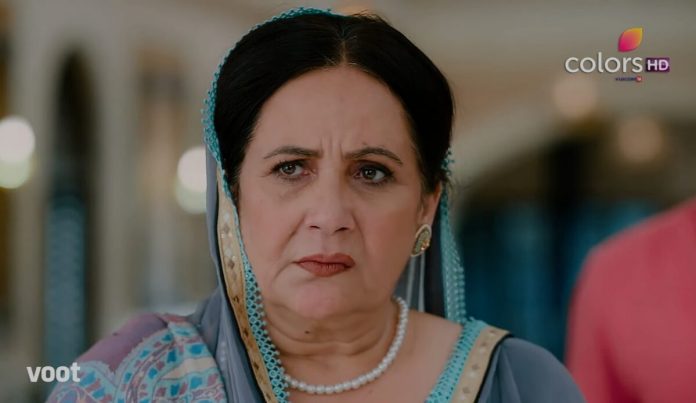 Swaran Ghar depicts the emotional turmoils and rollercoaster journey of an aged widow mother Swaran on ColorsTV and voot app and currently we are seeing that Bebe calls Divya at Swaran Ghar to execute her plan. Divya lies about her pregnancy. Swaran promises Ajit to take good care of Divya.

In the previous episode, Ajit called Aarav in his room and said he would play with him. Aarav asked Ajit what he should call him. Ajit asked Aarav to call him badepapa like Dillu. Yug announced the good news of him getting lead role with everyone. Swaran sang a song, everyone danced together. Swaran got a call and went outside. She brought Divya with her. Divya came with her luggage, said that she is pregnant and would stay with Ajit. Swaran convinced Bebe to keep Divya at Swaran Ghar. Bebe instructed Divya to stay at guest room. Flashback showed that it was Bebe’s plan to make Divya call Swaran, lie about pregnancy and come to stay at Swaran Ghar. Ajit asked Swaran why Divya didn’t called him but she called Swaran. Swaran said that it’s normal for girls to share such news with another woman first. Swaran gifted Kite to Ajit and said that she would take good care of Divya. Divya asked Bebe what’s their next plan. She added that she was desparate to separate Swaran and Ajit.

In the upcoming episode, Bebe and Divya devise a plot to separate Swaran and Ajit, stating that they will use the respective children of Swaran and Ajit to make them emotionally weak and separate them.