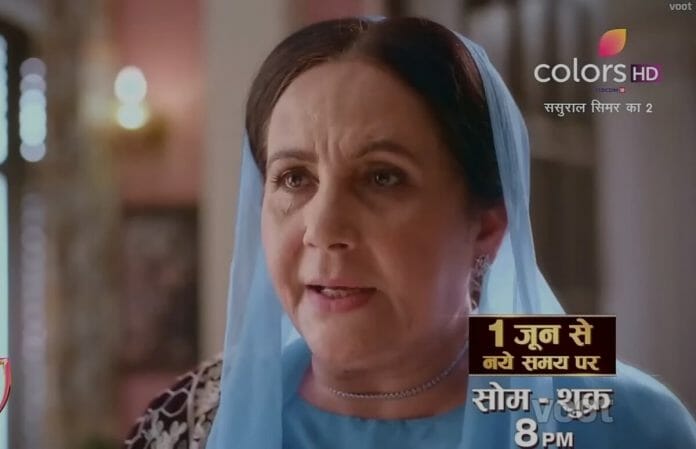 Swaran Ghar depicts the emotional turmoils and rollercoaster journey of an aged widow mother Swaran on ColorsTV and voot app, currently we are seeing that Ajit apologies to Swaran. Swaran suggests Nakul to not hide about his job from Kiran. Bebe arrives at Swaran Ghar to surprise Swaran Ghar.

In the previous episode, Yug informed Ajit about trial dates and asked him to support Swaran. Ajit learned that Divya threatened Swaran to inform Bebe about Kanwaljeet’s death if she doesn’t stay away from Ajit. Swaran suggested Nakul to inform Kiran about his job. She went to Gurudwar and prayed to God for getting her friend back. Ajit met Swaran and apologized to her on behalf of Divya. Ajit said that he would keep their friendship till his last breath. Swaran said that they won’t hide anything from each other.

Ajit thought that what is friendship for Swaran is one sided love for him but he would always remain as Swaran’s best friend. Swaran’s daughters celebrated as Swaran gets huge amount check for new order. Kiran informed Nimmo that it’s a fake check sent by Vikram via courier as he wanted Swaran to get the feeling of winning before loosing. Bebe arrived at Swaran Ghar and enquired about Kanwaljeet. She informed Swaran that she could not hear her voice during video call.

In the upcoming episode, Bebe looks for Kanwaljeet every where. She spots Kanwaljeet’s photograph with garland. Bebe pushes Swaran away and goes to slap her. Ajit comes Infront of Swaran and takes the slap.

How will Bebe react seeing Ajit? Will Bebe forgive Swaran? How Vikram will take advantage of the situation? Will Swaran be able to handle the crisis?