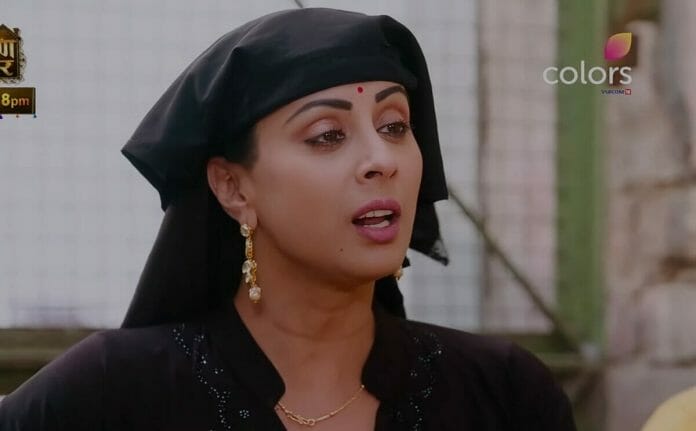 Swaran Ghar depicts the emotional turmoil and rollercoaster journey of an aged widow mother Swaran on ColorsTV and voot app. Currently we are seeing that the police look for Chandni. Chandni teaches lesson to Saroj. Swaran meets Ajit. She makes him eat Gurudwara’s Prasad and wear sacred kada. Later Ajit starts responding and falls from the bed.

In the previous episode, Swaran called Chandni her sister from another mother for whatever she did for her so far. Chandni asked Swaran about Ajit’s condition. Swaran informed her that Ajit had responded recently. Chandni asked her to go to Ajit as she was there to handle Saroj and Balli. They hugged each other and left. Police looked for Chandni. Swaran thought to make Ajit wear sacred kada, feed him Prasad and make him talk to her.

Police arrived at Jai’s place to search Chandni. They failed to find her and leave. Swaran arrived there. A police man spotted her but failed follow her. Chandni called Swaran to know what to cook for Saroj as she asked her to cook her favourite dishes. The vegetable seller recognised Chandni and informed police about her. At hospital, Balli gained consciousness and looked for Swaran.

He called Saroj and asked about Swaran. Chandni returned from market. Saroj made her talk to Balli. Balli talked about their honeymoon. Chandni decided to teach lesson to Balli. Chandni made Saroj eat the dishes she cooked. Saroj loved the food but felt disturbance in her abdomen. She kept visiting the washroom. Chandni enjoyed the scene. Swaran made Ajit wear sacred kada. Ajit responded. Later he fell from the bed. Swaran got shocked.