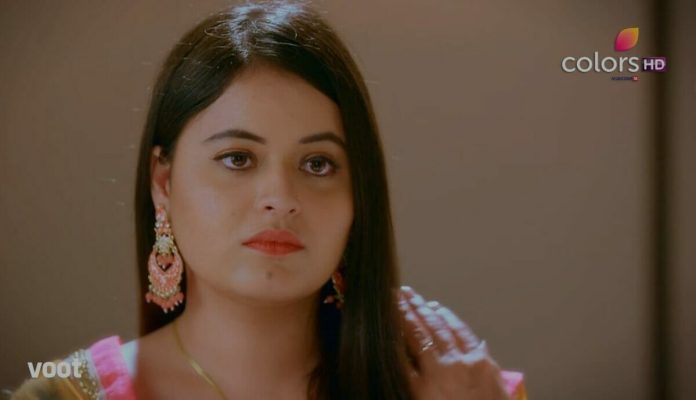 Swaran Ghar depicts the emotional turmoils and rollercoaster journey of an aged widow mother Swaran on ColorsTV and voot app and currently we are seeing that Swaran stands by Ajit infront of Bebe and others. Ajit thanks Swaran. Jai and Divya show their disappointment to Ajit.

In the previous episode, Swaran asked Bebe not to insult her and Ajit’s friendship. Swaran said that Ajit had supported her when the whole world went against her now she would support him. She won’t let Ajit go anywhere.

Ajit would leave that day when he would fulfill his promises and leave with his pride. Swaran showed the cheque to Bebe and said that it belong to all of them. Swaran requested Bebe to take the cheque. Bebe took the cheque. Bebe told Swaran that if she wants her sons to return to her she has to give them their rights.

Swaran said that Swaran Ghar and Swaran Nikhar belong to her sons now her sons have to prove their ability. Ajit went to talk to Jai, Ankita and Divya. Divya and Jai showed their disappointment about whatever happened inside Swaran Ghar.

In the market Nimmo and Kiran did gossip about Swaran Ghar with neighbors. They mocked Bebe behind her back. Ajit thanked Swaran for supporting him Infront of Bebe. Yug shared a good news with Swaran. Ajit became upset while thinking about his children. However his mood got better after recalling how Swaran stood by him. He prayed to God for protecting their friendship.

In the upcoming episode, everyone dance at Swaran Ghar. Divya arrives at Swaran Ghar and says that she will stay there. Swaran welcomes Divya. Bebe thinks that Swaran is doing a huge mistake.

What is Divya upto? Will she create havoc in Swaran’s life? What will be Bebe’s next move? How will Ajit react seeing Divya at Swaran Ghar?