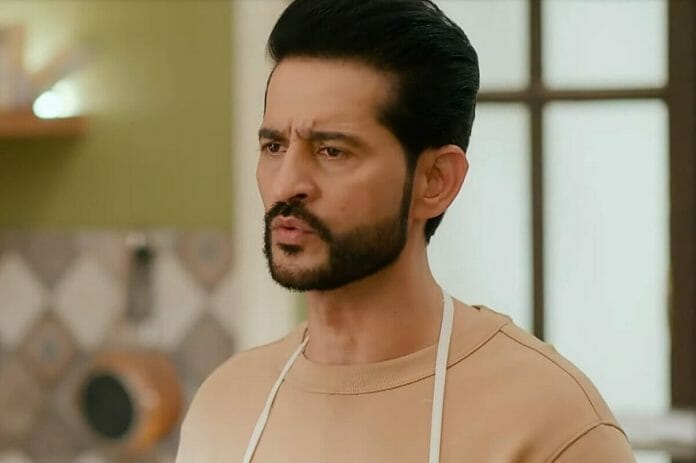 Swaran Ghar depicts the emotional turmoils and rollercoaster journey of an aged widow mother Swaran on ColorsTV and voot app. Currently we are seeing that Swaran saves Aarav from the Kidnappers and receives 10000 rupees prize money. Bebe teaches cooking to help Swaran in running the house.

In the previous episode, Swaran faced the Kidnappers boldly using her presence of mind. Arjun and Ajit helped each other to fight with the kidnappers. Police arrived and arrested the kidnappers.

Police said that the person who helped them to arrest these kidnappers would receive 10000 rupees prize money. Ajit enquired about Swaran. Swaran came there while dragging a kidnapper, her face was covered with vermilion. Arjun could not recognise her.

She became emotional seeing Swaran Ghar. Ajit gave her the prize money, Swaran said that she would send it to Yug. Swaran learned later that she got saved from a scammed job and thanked God. She worried seeing multiple missed calls from Bebe and crowd at home.

Later she saw that Bebe was teaching traditional cooking to local ladies. Bebe said that she wanted to help Swaran financially. Swaran told Bebe that she would get a good job soon.

In the upcoming episode, Arjun’s sister asks him why he is so eager to meet Swaran. Is it because she saved his life, or is there another reason. Arjun tells her that he saw her wearing the same earrings as Sapna and believes that she has a connection with Sapna.

Will Arjun’s wish get fulfilled? Will Arjun meet Swaran? Does Swaran have any connection with Sapna? Will Swaran learn about Arjun?