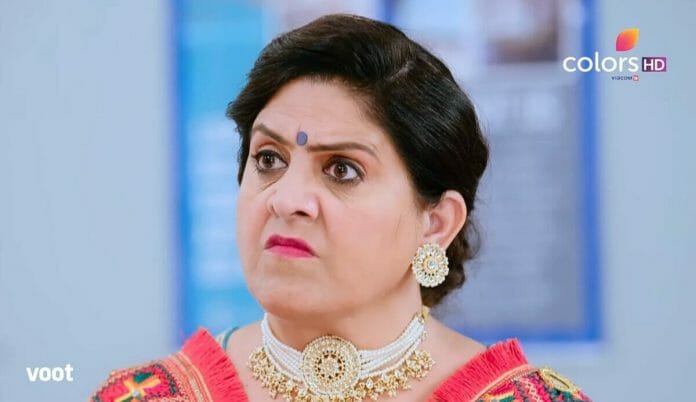 Swaran Ghar depicts the emotional turmoil and rollercoaster journey of an aged widow mother Swaran on ColorsTV and voot app. Currently we are seeing that Swaran learns about Chandni from Jai and worries for her safety. Chandni teaches lesson to Saroj. Yug faces a crisis.

In the previous episode, Swaran got emotional seeing Ajit. She apologized to Jai. Jai told her that he wrote that letter under Balli’s influence. He said that Ajit would never forgive him for that. Swaran asked Jai to not think like that and said that she was proud of him. She called him a big heart for bringing her there. Doctor came to check Ajit.

He said that Ajit’s mind was active and he could listen to and understand everything. He mentioned about Chandni. Swaran got confused. Chandni taught lesson to Saroj by using some transgenders. She didn’t let Saroj waste Swaran’s money. Bebe, Yug praised her. Ajit responded seeing Swaran.

In the upcoming episode, Chandani is told by Saroj, “I’ll go to the canteen to get something to eat since I’m hungry, and you won’t leave until I get back.”

Will Saroj catch Chandni? Will Chandni’s truth get revealed?