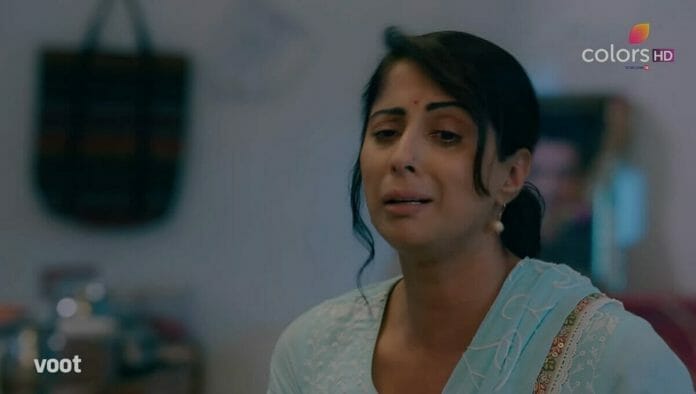 Swaran Ghar depicts the emotional turmoil and rollercoaster journey of an aged widow mother Swaran on ColorsTV and voot app. Currently we are seeing that Bua meets Bebe. She asks Swaran’s hand for Arjun. Bebe, Ajit get shocked. Bebe says that Swaran will take the final call. Ajit compares himself with Arjun and feels hopeless.

In the previous episode, Arjun requested Swaran to eat something. Swaran refused the offer. Ajit worried for Swaran and brought mitti churi for her. Bebe asked him to not give up on Swaran and keep trying to convince her. She gave him hopes saying that Swaran would agree for the marriage eventually.

He left. Arjun, Bua arrived at Swaran’s place and met Bebe. Ajit came back to take his wallet. Bua asked Swaran’s hand from Bebe. Bebe and Ajit got shocked. Bebe didn’t give them words and said that Swaran’s decision would be final.

Swaran came home and got confused. Arjun said that he brought Bua to meet Bebe. Bua kissed Swaran’s forehead and gave her blessings. She convinced Swaran to go for coffee date with Arjun. After they left, Swaran told Bebe that she want to meet Ajit and asked for Bebe’s thoughts.

Bebe said what Swaran thinks only matters. Swaran became clueless. Ajit compared himself with Arjun and felt insecure. He decided to not give up this time. He thought that Swaran does not need him anymore that’s why she forgot to contact him.

In the upcoming episode, Ajit hears Tanha’s show. Swaran recalls Ajit and misses him. She says that she can’t lose Ajit or his friendship as his friendship is the reason that she is still surviving.

Will Swaran call or meet Ajit? Will she learn about Arjun’s proposal for her?