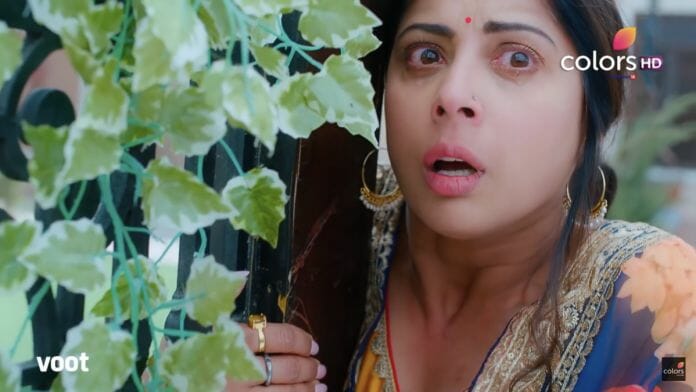 Swaran Ghar depicts the emotional turmoils and rollercoaster journey of an aged widow mother Swaran on Colors TV and voot app and currently we are seeing that Ajit stays outside of Swaran Ghar to give protection to Swaran admist heavy rainfall. Swaran tries to make him leave but fails. Ajit says that he will protect Swaran always and fulfill his promise.

In the previous episode Sharvari informed Ajit about Swaran’s humiliation. Ajit arrived at Swaran Ghar and protected Swaran from the angry mob. The lawyer’s assistant reached there and told that none has right to throw Swaran out of Swaran Ghar legally. She also said that Ajit has right to speak in Swaran’s matter as Kanwaljeet has made him guardian in his will. Ajit decided to stand Infront of Swaran Ghar to give protection to Swaran. Ajit’s daughter in law found Swaran’s letters in Ajit’s trank.

She felt that Ajit and Swaran were having secret affair since last thirty years. Ajit kept standing infront of Swaran Ghar admist heavy rainfall. Reporter took his photos and Videos to publish another article the next day. Swaran tried to make him leave but failed. Aarav gave the churan bottle to Nakul who realised that it was sent by Swaran. Kiran called Swaran dramebaaz.

Swaran sent Nakul’s clothes and umbrella for Ajit via Neelu. Ajit took the umbrella only as the clothes were misfit for him. Ajit said that he support every decision of Swaran except her doing Kanwaljeet’s last rites. Ajit decided to protect Swaran forever and fulfill the promise he made to Kanwaljeet.

In the upcoming episode Swaran will talk to Ajit’s grandson over phone and tell him that she will make him talk to Ajit. Ajit’s daughter in law will tell her husband that Ajit is at Swaran’s place. Nakul, Vikram and Yug will arrive at Swaran Ghar. Vikram will ask Swaran ” Where is her friend Ajit “. He will also ask if Ajit stayed in Swaran Ghar last night with Swaran. They will say that they will find out the truth. They will go to catch Ajit.

Will Ajit’s son and daughter in law confront Ajit? Will Nakul, Vikram and Yug catch Ajit? Will Swaran defend Ajit? Will Ajit be able to keep his promise of protecting Swaran always?